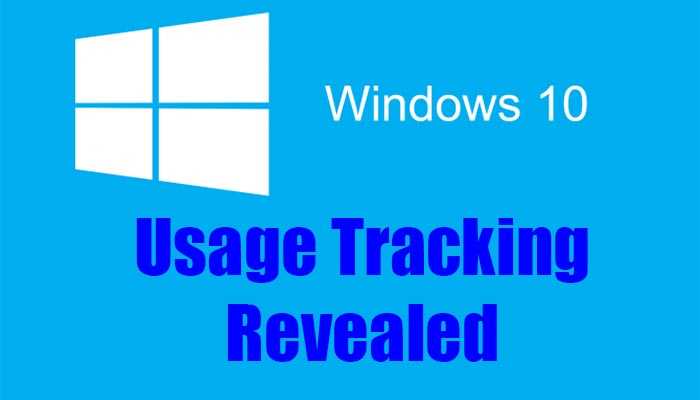 In an official blog post published last week, Microsoft have revealed fascinating details regarding their new Windows 10 operating system (OS) and most notably of the user data which they are tracking via the new OS.

Within the post, the company announced that Windows 10 was now active on over 200 million devices and provided a number of statistics regarding those users’ usage of the OS which Windows 10 itself has tracked. With so many devices now running Windows 10 therefore, and many more being purchased or upgraded on an hourly basis, it is important for users to know just what is being tracked.

What is Being Tracked and Why?

Microsoft revealed in their January 4th blog post that Windows 10 is now the fastest growing version of Windows, outpacing both Windows 7 and 8, and also released a number of statistics about how the OS has been used since its launch.

Most notable and interesting amongst those statistics are the facts that users have spent 44.5 billion minutes in Microsoft’s new Edge web browser, have asked 2.4 billion questions of the virtual assistant Cortana, have played more than four billion hours of PC games and have embarked upon 30% more Bing search queries per device than on any previous Windows OS devices. Those statistics will all be music to Microsoft’s ears in that they suggest that the new OS is proving popular with users but why is it that the company claim their new OS is tracking such data?

According to Microsoft’s Windows and Devices Chief Terry Myerson – who spoke about Windows 10’s data collection in another blog post – the tracking ‘collects information so the product will work better for you [the user]’, which is a similar argument as that of Apple who recently defended location tracking in their iPhones. That explanation however, has not been wholly accepted and there are a number of judges who have significant questions and concerns about the Windows 10 data tracking.

The idea that your laptop, phone or other device is reporting back about your activities is an unsettling one at best and security experts such as Professor Alan Woodward of Surrey University also have other more specific concerns.

Speaking to the BBC, Professor Woodward elucidated a number of important questions which he believed should be being asked, which include what is the data being used for and how long is it to be stored?

He also once again highlighted the issue of data sovereignty which has been hotly debated when it comes to usage data in the past, because as he puts it ‘as soon as it [data] goes outside the EU it’s no longer protected by things like the UK’s Data Protection Act.’ It is unclear after all, where the Windows 10 tracked data is to be transmitted and stored, and the UK data centres recently promised by Microsoft are yet to be operational.

Besides these more technical worries however, one of Professor Woodward’s main concerns is that users who are adopting Windows 10 are ‘walking into it blindfolded’, in that they do not realise that such usage data was being tracked. Microsoft’s release of the details of their Window’s 10 tracking therefore, can be seen as a step in the right direction as can the company’s statement to the BBC that ‘Microsoft is deeply committed to protecting our customers’ privacy’.