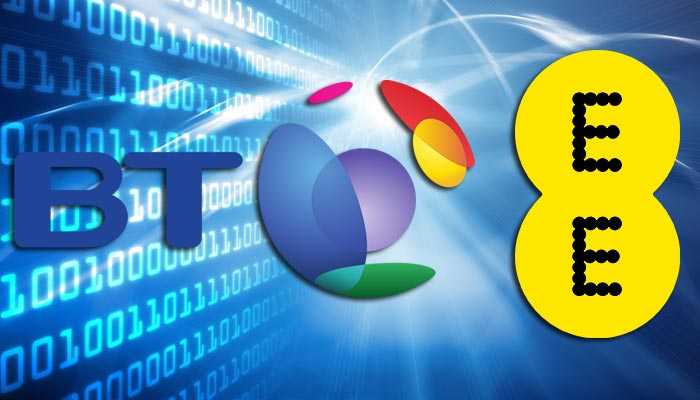 There are few businesses today which aren’t at least somewhat reliant on broadband, telephone or other telecommunications in their day-to-day operations. Quick and reliable communication is after all crucial in modern day commerce and business.

That’s exactly why we at EC-MSP are always keen to stay on top of any news in the telecommunications realm, and why the recent breaking news regarding the BT group’s forthcoming takeover of mobile provider EE is potentially so important and fascinating.

The potential takeover of EE by the BT Group has been mooted for a while but it was only this past week that the move has been given the final clearance by the Competitions and Markets Authority (CMA), and thus has received essentially the go ahead to proceed.

The deal, which is said to be worth around £12.5 billion, will combine the UK’s largest mobile telecoms business in the shape of EE with the biggest fixed-line business in BT and is set to create a communications giant that encompasses the areas of broadband, mobile, fixed line telephone and even television.

The sheer scale of the deal and the creation of such a giant therefore, will inevitably change the face of telecoms in Britain but whether that will be for the better or not is a matter which is up for debate.

What it Could Mean for UK Telecoms

Currently BT is thought to control just over one third of the UK’s fixed broadband market and to own close to 38% of the UK market share of home phone traffic. EE meanwhile, is the single largest mobile telecoms company, with around 34% of mobile market share. The takeover of EE by BT therefore, will create a company with approximately a one third share of the entire telecoms market in the UK.

The takeover then, could produce a huge company with the resources and capability of really developing and improving communications all over the country. That is certainly what BT Chief Executive Gavin Patterson suggested to the BBC:

[dt_quote type=”blockquote” font_size=”big” animation=”none” background=”plain”]‘The combined BT and EE will be a digital champion for the UK, providing high levels of investment and driving innovation in a highly competitive market.’[/dt_quote]

Opponents of the takeover however – most notably Vodafone and TalkTalk – claim that the move could destroy that ‘highly competitive market’ altogether.

Opposition to the Takeover

The likes of Vodafone and TalkTalk claim that a company with a one third share of the entire telecoms market and control of the maintenance of the UK’s copper and fibre cable network (through BT Openreach) will quite simply be too powerful and could represent close to a monopoly that would drive out any real competition.

The ruling of the CMA that the takeover can go ahead however, has largely put paid to the hopes of those companies of blocking the move. There is still a possibility however, that given the enormity of the takeover, that Openreach could be hived off from BT as a concession to their competitors.

Whether the gargantuan takeover therefore will bring improved communications to the UK as a whole or whether it will eliminate competition in the whole industry will only be revealed through the passage of time. The likelihood is however, that the truth will be somewhere between the two but whether that is the case or not, the face of telecoms in Britain will never quite be the same again.