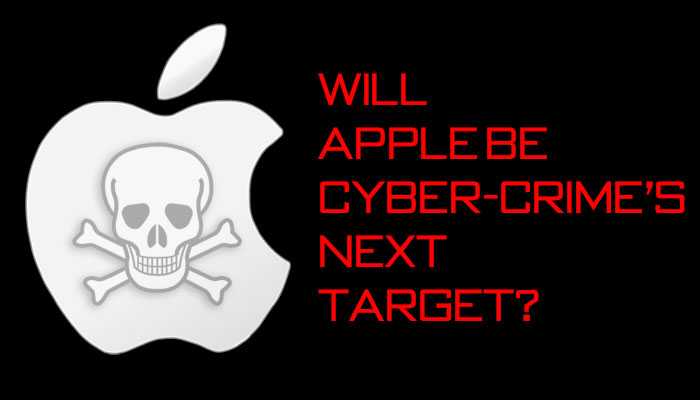 Research from a number of cyber security companies has revealed that attacks on Apple devices are on the increase and experts expect the trend to continue and even to accelerate through 2016, with the New Year likely to see the most such attacks ever.

Two eminent security companies, in the shape of Symantec and FirmEye, have issued the warning on the back of research which has shown that the amount of malware aimed at iOS has doubled in 2015 and that attacks on Mac computers have also been increasing notably. Both companies too, do not expect that trend to slow in 2016 and in fact believe that the New Year could see an increasing amount of effort aimed at Apple by hackers and other cyber-criminals.

The rather disheartening prediction of increased hacking and malware activity aimed at Apple devices in 2016, stems largely from research by security experts which has identified a trend for those devices to be increasingly targeted in recent months.

In the past year for example, it has been found that an average of between 10,000 and 70,000 Mac computers per month have been infected with malware, and those figures mean that there were seven times more unique OS X computers suffering infection in the first nine months of 2015 than there had been in the whole of 2014.

Apple’s hitherto ultra-secure iOS mobile operating system has not been immune either, with a total of seven new threats to the system having been identified in 2015, which were all particularly dangerous to unlocked devices. A large amount of the increased risk to Apple devices is thought to be accounted for by so-called ‘greyware’ applications, which are an annoyance but by no means as dangerous as traditional malware, but this still represents a greater security risk for Apple users than they have been used to.

That in fact, is summed up nicely by Dick O’Brien who is a researcher at Symantec and who has stated that ‘Apple users can no longer be complacent about security, as the number of infections and new threats rise’.

Apple as a company has traditionally had far less trouble from hackers and cyber-criminals than major rivals like Windows or Android but there are now a number of reasons why they are likely to be more heavily targeted.

Firstly, Apple’s increasing global popularity makes potential attacks more lucrative for hackers and in the same vein the increased tendency for corporations to use Macs, opens the company to attackers who target such companies. This was ably demonstrated in 2015, by the activities of corporate espionage group ‘Butterfly’ who used malware to attack Apple as well as Windows systems.

It is believed too that the premiering and increased used of Apple Pay is another reason why the company are likely to be more routinely targeted, as it provides a clear and obvious financial incentive for hackers.

The questions is therefore; just how worried should Apple users be heading into the New Year? Fortunately, the answer is probably a little more worried than they have been but certainly still not as worried as users of other devices.

The total number of threats to Apple computers and systems after all still remains low when compared to those aimed at rivals, and a full 96% of all mobile malware is still focussed upon Android. Apple and its operating systems however can no longer be viewed as essentially immune from such attacks and users must be aware of that if they are to maintain their cyber-security, either at home or at work.