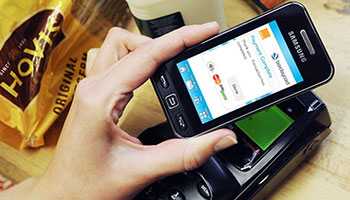 For a while now many time-conscious and busy people have been excited at the prospect of quick and easy payments using a smart phone replacing the use of credit and debit cards. Whilst the mobile payment idea has been around for a while however, it has failed to really take off with any great speed but all that may be about to change.

In the past few weeks the market has shown signs of really heating up and moving forward, as the hitherto unchallenged ‘Apple Pay’ system now faces competition from both Samsung and Google who have entered the mobile payments scene. This increased competition seems likely to drive both the technology itself and its roll out to consumers forward with greater pace and could see mobile payments really take hold in the coming months.

The first sign that mobile payment systems were to become a competitive and growing market came a few weeks ago when Samsung announced the launch of their ‘Samsung Pay’ system in South Korea. That system is set to be launched across the US on September 28th, with a widespread roll out in the UK, China and Spain expected to follow soon afterwards.

Samsung’s version of mobile payment technology was launched amid boasts of a number of notable advantages which included compatibility with a variety of payment terminals and a ‘tokenised’ security system. Thanks to a proprietary technology, Samsung Pay can be used with magnetic stripe card readers as well as ‘near field communication’ based chip-and-pin machines to provide that enhanced compatibility, but it is the security feature which will be of most interest to many prospective users.

The ‘tokenisation’ employed by Samsung Pay helps to protect against potential fraud as it involves the technology sending a 16-digit token to represent card details saved within a smart phone, rather than actual card or account details themselves. It is that extra assurance of safety that may encourage many more users to consider mobile payment systems and as such ‘tokenised’ security is also a feature of Apple Pay and of the third major entrant into the mobile payment systems arena.

That third entrant is the so-called Android Pay which was launched across the US by Google this past week. The system is available by way of an upgrade for current ‘Google Wallet’ users and as an app from the Google Play app store. The system has already garnered the participation of major US retailers like Subway, Macy’s and Bloomingdale’s, and future plans for further stores and for use with apps have already been teased by Google.

The system is also supported by a range of credit and bank card providers and allows for the crediting of loyalty points and other offers for some merchants, but currently Google have not announced if and when the system will be available outside of the United States.

What has happened within the mobile payments market on this side of the Atlantic this week however, is an expansion of the UK Apple Pay system to incorporate Lloyds and Halifax bank customers. That brings the number of major banks to support the Apple Pay system in the UK up to 11, with Marks & Spencer’s and Barclays both expected to join those ranks shortly.

The near-unprecedented activity and the involvement of three of the biggest technology companies in the world therefore, suggests that mobile payment systems really might have legs in terms of popularity and utility, and it will be exciting to watch out for further developments in the coming months.