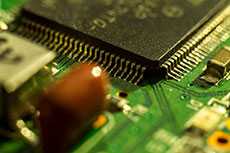 Bloatware is fast becoming a ‘four letter word’ in the computing world. Whether on laptops, tablets, desktops or smartphones, manufacturers from across the world are waging a war on bloatware. But what exactly is it and what ramifications does it have for the business world?

The most recent case of bloatware grabbing the headlines came when Chinese computing giant Lenovo announced it would drop built in adware after it was found to leave users at risk of losing data. Its Superfish programme potentially enabled attackers to access encrypted data when visual search results were inserted into a browser. The end result was a deferent apology from Lenovo and a pledge to remove Superfish from its devices.

Bloatware is, quite simply, software that comes preinstalled on a device. Of course, few people would argue against their new smartphone coming equipped with time and date features, but there are potentially a great deal more programmes that can slow the device down and hamper performance, even before a single third-party app is installed. The redundant software that constitutes bloatware can waste processing time, consume storage and make starting up or shutting down a painfully slow process. Whilst frustrating for domestic users, it can provide a real problem for businesses, where time is (as the adage goes) money.

The ‘war’ on bloatware

With the term becoming more widely known, companies are waging something of a war on bloatware. Apple, for example, has fired continual shots over the bow at Microsoft, even using high-profile advertising campaigns to argue its point.

This, as expected, set Apple up for something of a fall, as Microsoft supporters then rushed to its defence, arguing that iTunes is a music player that has an entire e-commerce platform bundled in, thereby impacting performance .

How businesses can prevent bloatware

First and foremost, businesses should try to ascertain how much superfluous software any potential purchase has before parting with their cash. After all, it’s a minor issue when buying one device, but can escalate quickly when trying to kit out an entire office. Whilst there are certain measures that can be taken afterwards, getting off to a bad start leaves an insurmountable hill to climb before anything has properly got going.

Similarly, apps which allow more plug ins are typically less bloated, as they strip everything back at the initial design stage. Doing so allows users to add the functionality they want in a much more modular fashion – leaving out what isn’t needed, what could slow the system down, and what could, in real terms, impact the bottom line.

Is Bloatware crippling your business? We can help you find out!