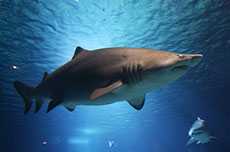 Think back to when you were a child and you first heard about that new gadget or technological innovation to hit the shelves. No matter how long ago that may have been or what the exact item in question was, the chances are that you felt a wave of excitement, expectation and amazement at the prospect of what opportunities that new gadget might provide.

Now roll the clock forward to the present day and remember your reaction when your boss told you that the firm’s computer system was to be upgraded or that your work’s mobile phones were going to change. Did you enjoy the same excitement and feelings of boundless possibility? Or instead, did you bemoan the relentless march of technology and the fact that it seems to be leaving you behind? Unfortunately, for many people it will have been the latter but that doesn’t have to be the case, as the development of technology is still amazing and stimulating, and should be enjoyed as such by everybody.

Take Samsung’s Gear VR for example; a headset offering an augmented reality experience to those who put it on. You only have to watch Samsung’s advertisement for the product, where they set up a shark diving shop in the middle of the Australian outback, to see how such astonishing technology can still astound and inspire all of those who are fortunate enough to come into contact with it.

What this also shows us is that it is not a lost cause to hope that technology can be embraced and enjoyed by everyone, rather than being something which many people are intimidated by. What then, can be done to move back toward that more fun and healthier relationship with technology? That is the key question and is one which does not have a singular definitive answer but instead must be addressed in a number of complimentary ways.

Firstly, it can’t hurt for us as consumers to try and approach new technology with the vigour and enthusiasm that we might have done in our childhood. Doing so after all, would not only help us to enjoy the experience more but would also improve our chances of mastering that technology better as we would not be afraid to immerse ourselves and learn by trial and error.

Alongside that idea, and as has been ably demonstrated by Samsung, technology companies and suppliers can also play a critical role in improving the public’s attitudes toward, and relationship with, new technology. By creating and promoting experiences such as the Shark Diving in the Desert example or by endeavouring to make technology more user-friendly and inclusive in the way that Google does with business solutions like Google Docs, the biggest companies can indeed make a real difference.

The idea of changing the prevailing attitude toward technology may seem to some like a pipedream but if Samsung can indeed bring sharks to the desert, then surely making technology fun and exciting for everyone isn’t asking too much.

Find out how EC-MSP can bring your EXCITEMENT back!