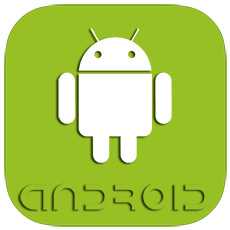 Google Android, which has long been considered the least secure of all mobile operating systems, could soon be shod of its unenviable label, or at least that’s what the search giant hopes.

Though Google is – for most Brits, at least – the go-to search engine, its Android mobile operating system (OS) has often come under fire for being viewed as not quite as secure as its closest rivals. This reputation comes out of a real selling point of Android – that it has open source functionality, allowing developers to tweak and amend the system with a view to improve or alter it.

Apple’s iOS, on the other hand, is not as open and accommodating, although this does make for a much more secure system. It is for this reason, alongside the steady decline in popularity of Blackberry devices, that established Apple as the industry leader for work computers.

Potentially seeing such a huge and moneyed target demographic going to waste, Google has now rolled out Android for Work, offering container security to apps for Lollipop users (Android 5.0).

Though the idea of a work-friendly, more secure Android was first raised back at Google’s I/O conference in June, it’s taken until now to see the light of day. Whether it’s as widely adopted by businesses, though, is yet to be seen.

How does it work?

As you’d expect, Google has opted for a different approach to that currently being utilised by Apple. iOS devices keep each app in a separate sandbox, placing heavy restrictions on what can be transmitted between them. Android for Work, on the other hand, creates an entirely separate workspace on devices, in which the business-specific apps can run. It has also introduced certain security measures, such as disabling the copy and paste functionality – at least from apps within the sandbox to those without.

Is it right for your business?

Whilst this development is unlikely to get staunch advocates of Google or Apple changing their minds (the fans of each are notorious for their unwavering devotion), it does provide an intriguing new angle. No longer is Apple the bastion of safe and secure information, nor Android the open yet vulnerable competition.

Furthermore, businesses using older Google systems can still use Android for Work, although they’ll do it in a slightly different fashion. It involves having individual ‘wrapped’ apps, rather than any that can exist in the specific section built into Lollipop.

All this sounds positive for Google, but it may well take a great deal more to really win over the famously loyal Apple supporters.

Will Android for Work, work for you? We can help you find out!