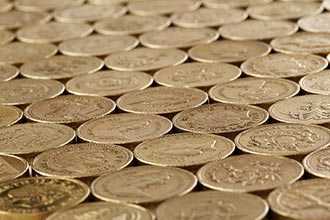 London’s businesses are being let down by internet connection speeds which lag drastically behind those found elsewhere in Europe. It is a surprising revelation but is a problem that business owners in the City of London and surrounding areas have to cope with on a daily basis. Why it is that they have to cope with it makes for an interesting debate and whilst competing arguments exist we believe that the most compelling is that telecoms companies have a vested interest in resisting installing fibre broadband. SuperFast Fibre Broadband after all, is a solution which already exists and can make a very real difference to internet connection speed.

That difference runs close to 600% according to an Ofcom report released in October of 2014, which put the average fibre broadband speed in the UK at 42 Mbps and the average ADSL speed at just 7.4 Mbps. It is obvious then, that fibre broadband would hold a greater appeal for users and especially for businesses than the traditional connection method, and as such that the City of London with its tens of thousands of businesses would be a key area to be served by fibre broadband. Coverage statistics for fibre broadband in the City of London however, seem to fly in the face of this logic. Data shows after all, that just 31% of premises in the Cities of London and Westminster can access connection speeds of above 24 Mbps and in many cases these speeds are reached by means other than fibre broadband.

That paltry average speed is as compared to the European-wide average of around 39 Mbps and a European high of around 81 Mbps in the city of Bucharest. This all begs the question as to why fibre broadband, which would provide that much faster connection to a huge array of businesses in the Square Mile, is not more widely available in the City of London. The answer seems to be because of an unbalanced battle of wills between telecoms giants and business owners which the telecoms companies have long been winning. This fibre broadband tug-of-war sees the big telecom companies resisting rolling out fibre broadband more widely in The City in spite of the demand from the area’s businesses and whilst the government watches on largely unable to compel those companies to do otherwise due to competition rules limiting state interference.

The Position of the Telecoms Companies

BT, Virgin, Sky and the other major telecoms companies within the UK defend their reluctance to implement a more widespread fibre broadband infrastructure in the Square Mile and surrounding areas on two main fronts.

Firstly they claim that there is a lack of demand for the SuperFast Fibre Broadband, not only in The City but countrywide, and that this does not make it cost-efficient to embark upon a widespread installation project. In addition, these telecom giants also cite prohibitive upfront costs which they would incur if they did introduce such a strategy as a further reason not to move in that direction. If all of this was gospel truth, then the telecom companies’ position could be accepted but not everything is actually quite as it seems.

When considering the issue of internet connection speeds more deeply, it is crucial to examine the nature of expenditure on projects to improve connection and also to understand the current activities of the telecoms companies in this regard.

As we touched upon above, the government are ideologically on the side of businesses and households who want improved internet connection and for that reason they have devoted a huge amount of investment with that aim in mind. The Department for Culture, Media and Sport in fact, has already invested an estimated £1.7 billion mostly through schemes such as Broadband Delivery UK (BDUK) aimed at delivering improved connection nationwide.

Those schemes therefore, drastically reduce the costs incurred by the telecoms companies themselves when undertaking projects to supply better internet connection to companies and households. Schemes such as BDUK however, and the general strategy of the telecoms giants do not actually involve more widespread rolling out of fibre broadband.

Instead, they offer companies and individuals faster connection through the supply of a leased fibre line which provides the improved speed by ensuring that the bandwidth of the line is reserved solely for the use of the premises who leases it. This means that connection speed is increased and does not lag at peak times because there are no other users sharing the bandwidth. That does essentially solve the problem of connection speed for a single company or premises but it certainly does not come cheap. The initial cost of purchasing a dedicated leased line typically runs into thousands of pounds, whilst the monthly rental charge in central London can commonly exceed £500 per month.

Taking all of that into account, the telecom companies’ two main points of resistance when it comes to fibre broadband installation come into far sharper focus. After all, there is understandably a strong uptake of leased line in central London as businesses strive for the best internet connection which is currently available. That tells us that demand for improved connection clearly is there, but also reveals that the leased line product is an undeniably lucrative one for a telecoms company to supply.

Those telecom companies therefore, have nothing to gain from actively seeking to improve fibre broadband coverage in central London, while they are profiting from providing the much needed improved connection via the leased line alternative. What that means in turn, is that these companies can claim to be actively engaged in improving the situation in central London even all the while resisting the main way in which the capital’s connection problems could be solved once and for all. It is for that reason that the balance of power in the great fibre broadband tug-of-war has so long been in favour of the telecoms companies and that makes it crucial for businesses themselves to take up the fight and force a change.

Taking up the Fight

The square mile of land which makes up the City of London provides employment to more than 400,000 people and is estimated to have accounted for around £48.7 billion of the UK’s national income in 2013. That equated to an extraordinary 3.6% of the total and that figure is only likely to grow as more and more businesses are established in and move to the area on a yearly basis. What that means is that The City is extremely economically significant in both UK and global terms and can -and should- exert substantial influence over decision making.

That’s why it is vital for businesses and business owners in the area to be made aware of this much misunderstood and in many ways secret fibre broadband tug-of-war and to make their case publically known. The only way that London can catch up with the rest of Europe after all, is if people spread the word about why resistance to a widespread fibre rollout exists and work to change the balance of power in the debate which has so long been in the favour of the telecoms companies.