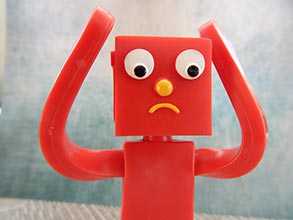 The Square Mile in the centre of London is world renowned as a centre of finance, commerce and business in general, with over 300,000 people making their living in the area. As such, it would be logical to expect that everything about the area is optimised for productivity and efficiency in business. When it comes to broadband and broadband connection speeds however, that is quite simply not the case, with the coverage of SuperFast Fibre Broadband – the optimal connection type in terms of speed and reliability- being virtually nil.

In fact, the average connection of fibre broadband, which as mentioned is the optimal in terms of connection speeds, falls only within the paltry range of 0-20% in The City and the West End. That is a statistic which pales in comparison to the levels of connection in much of the rest of London and also elsewhere in the UK. That may not seem like a major issue to those people who cope with broadband connections provided by the traditional means of copper telephone wires in their homes on a daily basis, but when it comes to the business world the difference between fibre broadband and the older alternatives can have a profoundly negative effect.

Businesses in all sectors are always striving for the utmost levels of efficiency and productivity in order to keep them competitive and to maintain levels of output and profit. With that in mind, having a sub-optimal broadband connection speed can be a considerable issue to cope with and is one forced upon businesses within The City due to the lack of adequate fibre broadband coverage.

Slower connection speeds impact efficiency and productivity in a huge array of ways. For instance, accessing websites or online portals and software solutions will take longer than it needs to and therefore limit a workforce’s productivity. What’s more, broadband connection using copper telephone cables can be famously unreliable and it should need no explanation that losing connection for any period of time can be absolutely crippling for a company in any sector.

Taking that into account, it’s understandable that business owners within The City and West End will be keen to seek out possible solutions to the issue of far less than adequate fibre broadband coverage and there are fortunately a couple of reasons for hope in this regard.

What can be Done?

In many cases business owners will use an online checker to see if their office or premise can receive fibre broadband and if not will simply accept the situation as something which they cannot change. In the case of The Square Mile however, when there are so many firms which suffer from having less than optimal internet connection it is not something which should be ignored.

The government do recognise this fact themselves, and provide investment in the shape of a connection voucher scheme which can help companies to receive a faster connection by way of a dedicated or leased line. This however, still relies upon the existing telephone cables and there is currently no plan in place to permanently remedy the issue for the whole area by replacing the copper wiring with fibre.

EC-MSP believe that it is simply not acceptable for businesses in central London to be forced to do without optimal connection speeds and reliability and have launched their own broadband initiative with the aim of helping businesses in the Square Mile to achieve a permanent solution.

The initiative aims to gather and compile compelling information regarding the issue to present to local MPs, BT and the government in the hope of spurring them on to provide a satisfactory resolution. Through increasing awareness and highlighting the importance of the issue via this initiative therefore, business owners give themselves the best chance of reaching a solution that could improve efficiency and productivity across the board in The City and West End.