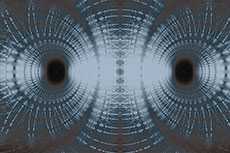 A national strategy to grow quantum technologies in the UK has been bolstered by a government investment of £15 million. With a five-action plan now in place, UK businesses are expected to benefit enormously over the next five years.

The investment has been issued via the Engineering and Physical Sciences Research Council (EPSRC), and will go towards stimulating the growth of quantum technologies which are set to transform the way we live – “from cameras that can see through smoke to cracking down on internet fraud”, said business secretary Vince Cable.

The £15 million will mainly go towards ensuring we have the flexible, highly-skilled workforce required to turn such futuristic ideas into a reality, Cable added.

In total some £270 million will be contributed towards the National Quantum Technology Program, delivered to encourage the growth of technology-based industries including quantum encryption and quantum metrology. A large portion of that fund (£120 million) will be invested into the first action of the plan – a network of technology hubs across the UK, cbronline.com reports.

With 17 universities and more than 50 industry partners involved, the hubs will “draw together scientists, engineers and technologists from across the UK” and “keep the UK at the leading edge of this exciting field”, said EPSRC chief executive Philip Nelson.

The second action promotes the development of commercial applications and markets, which businesses can then integrate into new products. The third action is to develop the quantum technology workforce – hence the £15 million investment – while other actions involve community management and international collaboration, physicsworld.com notes.

Universities, Science and Cities Minister Greg Clark said: “Quantum technologies are set to transform the way we live, pushing the boundaries of knowledge which will benefit healthcare, communications and security.

“Quantum skills will allow us to bring game-changing advantages to future timing, sensing and navigation capabilities, in a sector that could be worth more than £1 billion to the UK economy.”