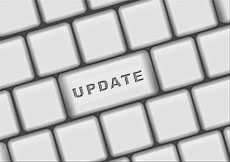 In one of its latest announcements, Microsoft revealed that Office 2016 users would be allowed to choose the frequency of their update downloads. While an interesting development, it does pose the question: just how often should you update, if the choice is offered?

Office 2016 has provided businesses with plenty to get excited about. It will stay responsive even on unreliable networks, messages will download quicker and Outlook Search will be vastly improved. Of all these features, though, a more flexible approach to updates is perhaps the most intriguing. It means that business owners can limit the number of updates they roll out per year to avoid disruption.

Making the announcement, Amesh Mansukhani and Alistair Speirs wrote in a blog post: “There is a need to reduce the number of feature enhancements on certain devices… For these devices, we are introducing the ability to receive feature updates no more than three times per year.”

The primary concern for any business when it hears news like this is security. With updates rolled out less regularly, are business users putting themselves under unnecessary risk? At least in Microsoft’s case, the answer to that is “no”.

The Redmond tech giant has said it will continually roll out security updates as and when they are required, with only performance enhancers or new features coming in the less-regular cycle. This means users can stay confident in the security of their tech and not feel rushed into updating too often.

For other pieces of software, though, this variable should be identified and considered early on. Not only is security a major concern, most (if not all) tech providers will absolve themselves of any blame if the relevant updates have not been downloaded ahead of a breach. Therefore, any security offerings should be at the top of the list of considerations when deciding how often to update.

Bandwidth is – in real-world terms – often the reason why businesses elect to hold off on updating their business-critical software. Despite all the benefits on offer, businesses sometimes have to work out when to update their systems as and when they have the necessary bandwidth capacity.

This too is something Microsoft has thought of and accommodated, with its so-called ‘BITS’ system, which stands for Background Intelligence Transfer Service’. According to the tech giant, this software knows when bandwidth is available for software updates, and acts accordingly. Applications without such features, though, pose more of a threat. Business owners are then tasked with weighing up when to roll out updates to minimise disruption.

One point that can’t be argued is the influence of the cloud. This technology has meant that small updates can be rolled out as and when they are required, as opposed to huge update blocks which take up a great deal of time and bandwidth. Should Microsoft’s new scheme prove successful, similar benefits could soon be coming to all users – business and domestic alike.

If you’re unsure as to whether your systems require an update we can help you find out!