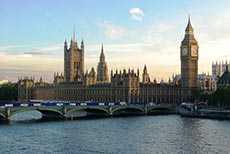 The Treasury have this week announced what they are describing as a ‘radical review’ of the business rates system in England, with the results expected to be released in time for the 2016 Budget. When speaking this week, Chief Secretary to the Treasury Danny Alexander explained that ‘the time has come for a radical review of this important tax. We want to ensure that the business rates system is fair, efficient and effective.’

With the current system having been in place since 1988, some may say that such a review is well overdue but, as is often the case, late may well be better than never. As champions of a fair deal for small business in London and a company who work closely with the Federation of Small Businesses towards that end, EC-MSP do indeed believe that this review could prove widely advantageous.

The review is expected after all, to look at how firms use their commercial properties, what lead the UK could take from the systems of other countries and how the unquestionably outdated system can be modernised. Those points of emphasis therefore, are such that they could finally begin to address the commonly accepted weaknesses of the current system.

Those weaknesses stem largely from the fact that under the current system, rates are charged to retailers and businesses based solely on the value of their commercial properties. That leads to the unfair and largely unfathomable situation whereby two companies with near identical turnover could be charged wildly different rates due purely to the size or location of their premises. Those kinds of inequalities within the system help to explain how English business rates are the highest of all European Union countries, and also why bricks and mortar businesses are increasingly falling prey to online retailers.

This ‘radical review’ then, could help lead us toward reform which might ultimately eliminate the aforementioned inequalities and also level the playing field somewhat between the high street and those online retailers. If this is the case, then it is surely something for champions of small business to embrace, but unfortunately as has been borne out many times in the past, reviews don’t always mean action.

Director General of the British Chamber of Commerce, John Longworth sums this up succinctly in his response to this week’s announcement, stating simply that ‘actions speak louder than words’ and Labour are even more brutal in their assessment. Shabana Mahmood, the Shadow Exchequer Secretary to the Treasury, claimed that ‘Britain’s businesses need more than just a re-announced review.’

That assessment of the announcement is obviously politically charged with an election just around the corner but there is some evidence that the review may not bring real root and branch change. For instance, it is widely expected that the outcome of the review will be fiscally neutral meaning that the total sum of business rates collected will not change.

The potential outcome being fiscally neutral however, does not mean that the review can’t bring about a move toward a fairer system of business rates. As a company who believes strongly in fair IT prices and a fair shake for small business in general therefore, EC-MSP like to think that this week’s announcement could represent a real step forward in the search for a more efficient and modern system of business rates in the UK.

Find out how EC-MSP can bring the excitement back to running your business!