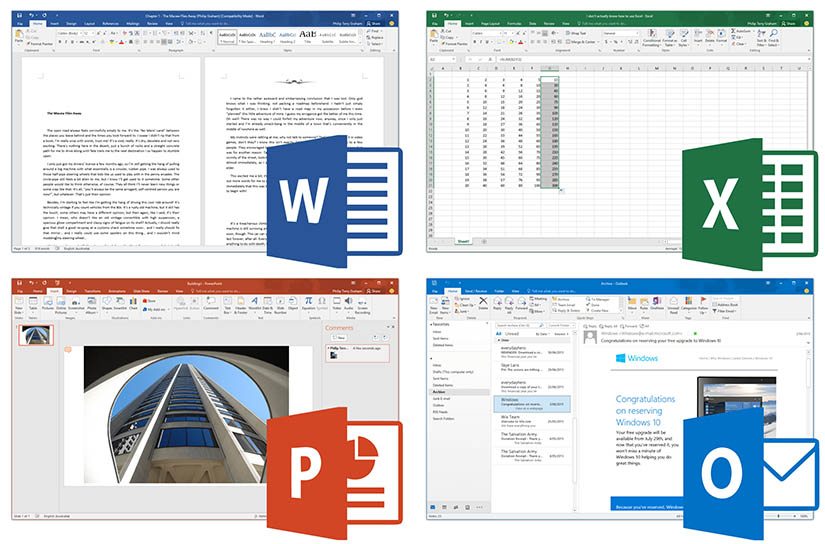 In the past few weeks Microsoft has completed the rollout of their upgraded Office 2016 suite of programs and apps, which is now available to all new and existing subscribers. Servicing both Windows and Mac users, Office 2016 is offered by Microsoft in five distinctive editions for windows and three for Mac.

That provision of Office 2016 in separate editions for different users is the same method that Microsoft have used for their previous Office suites but Office 2016 itself differentiates itself from its predecessors with a whole host of new features across its programs and apps, many of which look perfect for small business use.

Allowing for easier collaboration and better teamwork within businesses and organisations is a major theme for Office 2016 and this is ably reflected in a number of the suite’s new features. Co-Authoring for example, which allows separate users to simultaneously work on a Word or Powerpoint document, will be great for collaborative and remote working.

In the same vein, simplified sharing across a number of the Office 2016 programs and improved resource scheduling through Skype for Business should make sharing workloads and organising projects much quicker and simpler. What’s more, the inclusion of a full range of touch screen friendly mobile apps for the full selection of Office 2016 programs is just another element that speaks to the suite’s suitability for modern and mobile workforces.

Another major benefit of the new and improved Office 2016, and one which will become even more pertinent in the coming months, is the fact that it has been specifically designed for use with the newly launched Windows 10. This will be music to the ears of anyone who has already upgraded to the new operating system, and with all Microsoft devices soon having to move over to Windows 10 having an office suite specifically designed for it is something that will benefit everyone in the long run.

A final key area in which Office 2016’s upgrades and features appear to have been focussed is that of organisation and efficiency. Benefits such as the new ‘Clutter feature’ of Outlook for instance, which allows for the easy prioritisation of emails, could be a godsend for small businesses who can often be snowed under by the messages they receive. The ‘Tell Me’ feature that is present across the Office 2016 programs too, is another really innovative feature that can help promote efficient use of the suite. That feature after all, allows a user to simply type out the task that they wish to carry out and allow the ‘Tell Me’ feature to take them step by step through how to do it.

This just scratches the surface of the many new features of Office 2016 but it should be apparent from these just how beneficial the new suite looks like it could be, especially for small businesses and that can only be a good thing in a world where efficient IT systems and usage can make all the difference to a business’s bottom line.

“Image used with permission from Microsoft.”