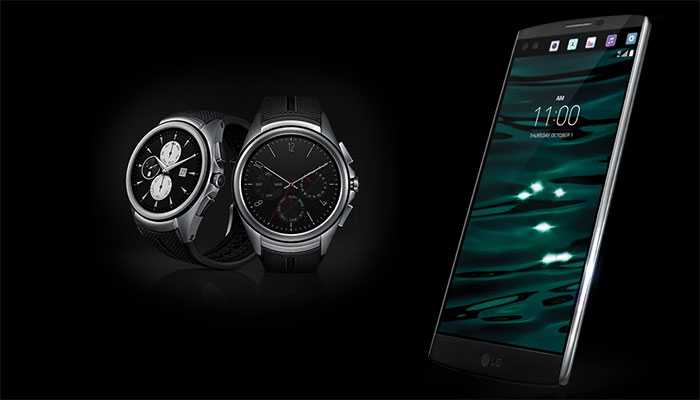 Hot on the heels of fascinating launches from the likes of Apple and Amazon, LG in the past week have become the latest company to announce new and exciting devices which are soon to hit the open market.

On the 1st October, the South Korean technology giants premiered both their second edition LG Watch Urbane and the LG V10 smartphone; a handset squarely aimed at the selfie taking and Snapchat using generation.

The LG Watch Urbane Second Edition is the updated version of the company’s Android driven wearable, and much to fans of the device’s delight it has managed to largely retain the stylish and attractive nature of the first edition, which was widely considered to be one of the best looking Android wear watches. The only slight concession to function from fashion in this second generation watch is a slightly larger and chunkier casing, which has been required to house the new features of the wearable.

Those new and improved features include an upgraded display now with a 480 by 480 pixel screen resolution and 348ppi pixel density, as well as an enhanced battery that now provides an energy charge of 570 milliampere hours (mAh) as opposed to the previous’ versions 410 mAh. The most notably and exciting new feature however, has to be the inclusion of a 4G LTE chip and cellular connectivity as part and parcel of the LG Watch Urbane Second Edition.

What the inclusion of the 4G LTE chip and cellular connectivity means for the new generation Android wearable is that it provides 4G, 3G, Wi-Fi and Bluetooth connectivity, which in turn allows for the use of the watch’s outstanding features without always having to have you phone with you too. What’s more, this element of the new wearable also allows the Urbane Watch to accept and receive calls enhancing the utility of the device immeasurably.

As part of the same launch last week, LG also rolled out the first of their new V-series of smartphones and the V10 is an exciting new handset that is sure to delight any selfie and photo based social media fans.

The main selling point of the V10 is the innovative inclusion of a secondary screen above the main 5.7 inch display. That secondary screen is always active, displays date, time and weather information when the main display is turned off and is where notifications appear if the new screen is being used for viewing video or other media.

As well as doubling the usual number of screens, the V10 handset has also done the same with the number of cameras by including two which are both front facing and have separate lenses. The inclusion of the extra camera is for the sole purpose of improving the ability of users to take different kinds of selfie and as such is sure to appeal to those many thousands who view such things as a crucial use of any smartphone.

The V10 handset will hit the market in South Korea this month before being rolled out in markets including the USA, China and Latin America, with Europe expected to follow the later. The LG Watch Urbane Second Edition meanwhile, will be first made available in South Korea and the USA, and then is expected to be introduced to Europe soon after.