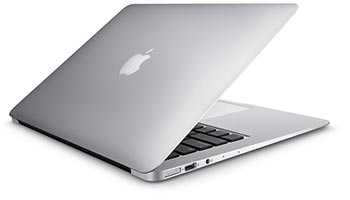 A patent application filed by technology giants Apple has caught the attention this week after initially being reported on by ‘9to5Mac’. The application is for a fuel cell system which it is thought could power a MacBook ‘for days or even weeks without refuelling’ and if followed through upon could be the dawn of a new age of laptops where continual charging is a thing of the past.

Instead of running on a battery operated system, the application describes a small internal fuel cell based power source that would add very little weight to any laptop but which could provide power for much longer than any current battery without needing to be charged.

Fuel cell systems work by mixing a fuel with an oxidising agent (typically water or Oxygen) to produce power, and the patent in question refers to the mixing with water of a number of potential fuel sources. Those potential fuels include the likes of borohydride, lithium hydride, magnesium hydride, sodium silicate, a hydrocarbon and either liquid or compressed hydrogen in order to give Apple room to manoeuvre when it comes to the development of the technology.

Whichever fuel source may or may not be utilised if Apple do manage to bring this patent to life in actuality, a laptop with a fuel cell system won’t need regular charging but will require the fuel to be replaced once it has run out. The patent application published this week takes that into account and makes reference to cartridges which could be removed and replaced to meet this refuelling requirements, suggesting that a laptop may require multiple cartridges running in parallel or a battery to still be included along with a cartridge.

Apple’s patent application mentions the MagSafe charger for MacBooks on a number of occasions, suggesting that this particular application is for that device rather than for iPhones or iPads. However, the news this week does come on the back of rumours that Apple are indeed working with British based company Intelligent Energy on similar technology for those products. That company in fact, have recently enjoyed success in developing a hydrogen fuel cell capable of powering an iPhone for a whole week.

Speaking to the Telegraph regarding that success, chief executive of Intelligent Energy Henri Winand described the development as ‘a major step because if you are moving to a new technology you have to give people a path they are comfortable with’.

All of this concurrent news is unlikely to suggest that the next MacBook or iPhone released – or even the one after that – will be run by fuel cells however, as Apple do pre-emptively file hundreds of patents for potential products and technology that never comes to anything. What it does mean however, is that the company are seriously considering this avenue of development and that at some point in the future individuals and businesses might just be able to benefit from the use of devices which can run for days or weeks on end without needing to be charged even once.