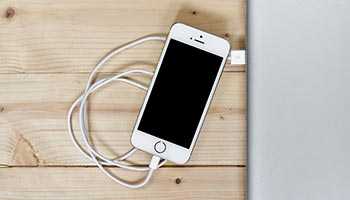 There has been a great deal of recent advancement in the field of battery technology, with the aim of allowing for long life and quick charging of the battery driven devices which we all have come to rely on. Right here on this blog, we have talked about Apple’s work on MacBook fuel cells and about the enhanced battery life of the recently launched Samsung Galaxy S6. There are few more exciting avenues in this area however, than those which are being explored by Israeli company StoreDot.

A ground breaking materials science company which was born out of nanotechnology research into Alzheimer’s disease at Tel Aviv University, StoreDot now work on synthesising new molecules for use in the research and building of products including LCD screens and batteries. The main StoreDot facility is somewhere between a laboratory and a factory, and is home to no fewer than 20 PhDs who design and test molecules and organic compounds with the aim of finding those with the ideal properties for various uses.

One of the key areas of research and development that StoreDot are currently involved in is that of battery technology, and their experts are currently developing both a smartphone battery which can provide a full charge in just 30 seconds and an electric vehicle battery that will take just five minutes to go from empty to fully charged.

In the smartphone arena, the company are working with and being funded by Samsung, and have made giant strides recently. In Spring of this year a company video of an early prototype of their smartphone battery, which demonstrated the product charging a phone from near empty to near fully charged in just 40 seconds went viral on YouTube. Impressive as that was, the battery shown was too large for use within any standard mobile but all that has changed in the ensuing months. The company’s current battery has been refined to fit Samsung handsets and it is claimed that it will not only charge 100 times faster than standard Lithium Ion batteries but that it will also last for three years.

The founder and CEO of StoreDot, Doron Myersdorf explained the process which the company have used to make such rapid strides in an interview with tech news outlet wired.co.uk;

We have a very fast feedback loop — we create a material, run it inside a battery, run tests, get initial feedback. This allows us to innovate around new materials. We also have a multidisciplinary team of scientists — you can’t do this with only organic chemists.

That process is similarly employed by the company in the development of batteries for electric vehicles and last month they announce a new funding round worth £11.84 million dedicated to this part of their business. That funding will be used for wide ranging research and development, and will include the building of ‘the first ever instantly charging car prototype’. StoreDot claim that their electric vehicle battery will provide a full charge in just five minutes, offer a range of 300 miles and half the cost-per-mile over an electric vehicle’s lifetime.

The science employed by StoreDot and their experts may well be beyond the vast majority of us, but there is no mistaking the exciting and paradigm shifting potential of smartphone and electric vehicle batteries which could deliver such performance. This extraordinary Israeli company therefore, is one that everyone should be sitting up and taking notice of.