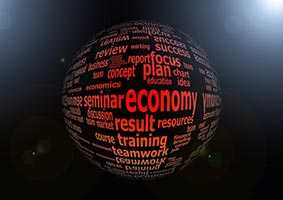 Figures released this week have revealed that the main measure of UK inflation, known as the Consumer Price Index (CPI), turned negative in April for the first time since the measure has been in existence.

The CPI reached a figure of – 0.1%, which represents the first time that a negative figure has been recorded in the UK since 1960, based on comparative historical estimates according to the Office for National Statistics. It is believed that the biggest contribution to the downturn of inflation into negative territory came from a fall in air and sea fares, with transport costs thought to be 2.8% lower than at the same point last year and food a full 3% cheaper than in April 2014.

Commenting on whether he believed this statistic represented an ongoing trend in the UK economy, governor of the Bank of England Mark Carney stated that he thought that the situation would remain largely similar for the next few months. He did add however that ‘over the course of the year, as we get towards the end, inflation should start to pick up towards our 2% target.’

It is due largely to such forecasts which state that the negative inflation will not last long, that most informed observers are avoiding describing these figures as a sign of deflation. The prevailing opinion amongst economists after all, is that deflation represents a long term trend of falling prices and not one negative result in over 50 years.

Chancellor George Osborne made a similar point in light of this announcement too, by claiming that these figures should not be mistaken for ‘damaging deflation’. He did add the caveat however, that ‘of course, we have to remain vigilant to deflationary risks and our system is well equipped to deal with them, should they arise.’

That must surely beg the question amongst business owners then, as to whether their own companies are equally well equipped to cope with anything that the wider economy may throw at them. In order to do all that they can to ensure that the answer to that question is yes, it is crucial for companies to arrange their business in a savvy fashion and to take a number of vital steps to safeguard their operation.

Foremost amongst those steps must be to ensure a strong and reliable cash flow through any company in order to cope with the falling prices and more reticent consumers that a period of deflation may bring about. Equally as crucial, is ensuring that the firm’s IT infrastructure is fit for purpose and as efficient as possible. This helps to protect against inefficiencies of day to day operations in any economic climate and such protection becomes even more beneficial in a less than ideal economy. An ideal way in which any company can seek to safeguard the efficiency of their IT infrastructure is by developing a strong IT support system.

Having reliable and trustworthy IT support after all, means that even if IT problems do arise they can be quickly and professionally solved in order to ensure that they do not impact the company’s productivity. This is clearly beneficial in any and all circumstances but becomes absolutely vital if a firm’s margins are squeezed by a difficult economic climate.

Whilst all the evidence suggests that this week’s figures showing negative inflation are not a harbinger of prolonged deflation therefore, what companies can view them as is a wake-up call. They can help them to realise after all, the importance of getting their house in order, strengthening their business practices and arranging efficient IT support so that they are prepared for any economy.

Are your IT systems as robust and efficient as they could be at this critical moment? We can help you find out.