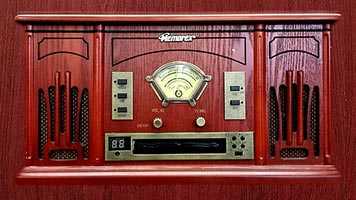 Technological innovation today can often seem like a never ending conveyor belt that spits out new products and models on a near-daily basis and quickly leaves older items obsolete and by no means desirable. In that context, many people who follow the technological trends and want to always have the newest gadgets on hand will simply discard their older items with hardly a second thought.

There are signs however, that all of that may be in the process of changing, with demand – and as a result prices – for retro gadgets making a distinctive move in an unmistakeably upward direction. What’s more, this interesting and almost post-modern desire for older items of IT and technology transcends different countries, industries and companies.

Take Apple and their iPod Classic as an example. The technology giants retired their iPod Classic model in October last year having last made any adaptions to that particular product back in 2010. Since that announcement, the number of second hand refurbished iPod Classics sold online has soared and in many cases these items go for more than brand new iPod Touch or iPod Nano lines sold by Apple themselves.

If this were a standalone example, it may be dismissed simply as a one-off circumstance where an older model gadget has features or capabilities that are perceived as being more beneficial by the public at large. It is by no means, a standalone example of the trend however.

In the area of mobile phones, there is an increasing desire to buck the smartphone trend and sport a retro phone from the 1980s or 90s instead. In fact, in recent years classic models like the Nokia 8210 are regularly sold online for close to £50 in spite of their lack of apps, internet capability or any other features.

Why then are such retro items of IT and technology enjoying this unlikely renaissance? There are a number of possible explanations but one of the most compelling is best explained by taking a look at the Sony Walkman.

The Walkman is another classic product which can fetch huge prices when purchased today and has a popularity that has even led to Sony attaching the name to their newest NW-ZX2 Walkman digital media player that was released this year. That popularity and demand continues to rise even after the Sony Walkman reached the veritable age of 35 in 2014, and in fact may well be because of the fact that the product is one of a bygone era.

At the time that the Walkman was released after all, it represented a very real revolution in technology and all but invented the personal music industry. That meant that the release of the Walkman was met by almost unfettered excitement and enthusiasm which simply is not matched by the response to new products today.

Retro technology and gadgets therefore, have the massive attraction of being able to evoke memories of a time when innovation was inspiring and revolutionary and the development and release of new products were met with excitement. That feeling of excitement and an eagerness to see how a new gadget could change the world therefore, is clearly something which the modern consumer sees as lacking from the endless stream of new models and items that roll off the technological conveyor belt.

Such an attitude of excitement and enthusiasm towards technology after all, is a much happier and more productive one which can only improve an individual or a company’s relationship with IT. As well as being a fascinating phenomenon therefore, the increasing trend towards seeking out retro gadgets can also be seen as a positive sign that people are actively trying to rediscover a relationship with IT and technology that is typified by excitement and positivity.