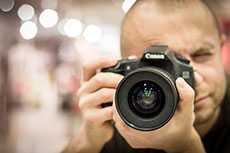 Some of the entertainment industry’s most recognisable figures have been hit by hackers, but could it be a good thing for businesses?

There are few parts of the media yet to have their say on the celebrity data breach scandal. Most people agree that the privacy of the victims – who are incidentally some of the world’s most recognisable people – have had their privacy seriously violated. If there’s one good thing to come out of it, though, it’s the fact that cyber-security is back in the headlines, and this time it’s not just on the tech sites.

Understandably, technology users across the world (that’s pretty much all of us) are now starting to wonder whether their own data is safe. Of course, the threat is nothing new – it’s existed ever since it became possible to store valuable information in cyber-space – but never before have famous people been involved on such a scale. As most people will have discovered in recent years, celebrity involvement is sometimes all it takes to get the whole western world to take notice.

Data breaches are nothing new to the media, but this one’s unique. It’s different because the focus isn’t on multinational businesses; instead, the victims are consumers, albeit recognisable ones. With shadow IT and BYOD posing such potent security risks, this could be an extremely positive thing for today’s CIOs.

With the photo scandal stories difficult to ignore at the moment, security should be heavy on the minds of employees. Sure, they’ll be concerned about their bank details and contact information, but the worries will also extend to the corporate data stored on their own devices. Seeing just how easy it is for hackers to get hold of the data they want, providing they want it enough, should force workers into action.