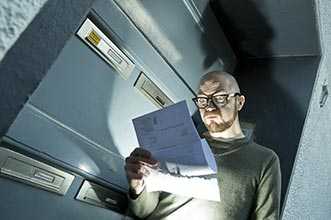 Everybody at one time or another will have experienced the frustration and difficulty caused by a slow internet connection, but when this becomes a real problem is when it negatively impacts the capability of a business or organisation to function efficiently. In that situation after all, beyond merely being an annoyance, the slow connection speeds can cost a firm time, business and money through limiting their productivity.

That may seem a little over-dramatic but in practice it really isn’t, as slow and unreliable broadband connections can slow down key business processes, limit the efficiency of software solutions which utilise online portals, and produce any number of other issues too. There should be little surprise therefore, that companies are keen to do everything they can to ensure that they have the best broadband connection possible. What may be shocking to learn however, is that The City of London –in spite of being a globally important business hub- actually has comparatively poor broadband connection due to the availability of the optimal SuperFast Fibre Broadband being virtually nil.

In spite of being a world-renowned centre for business and finance, The City of London does unfortunately suffer from a comparatively very poor level of broadband connection. The area after all, has only a paltry 0-20% average coverage rate for Superfast Fibre Broadband, which is the connection alternative that is proven to deliver the fastest and most reliable connection.

What that means, is that the many businesses and companies within the Square Mile are having to make do with less than optimal broadband connection and by extension have to cope with the limitations on productivity which we mentioned above. That must surely lead therefore, to the connected questions of what is being done to remedy this situation and what more can be done moving forward to improve fibre coverage in central London?

What is being done?

The issue of sub-optimal broadband connections within The City and West End is one which is known to the government, and which they have provided a degree of investment toward solving. Much of this has come in the form of a scheme whereby companies can receive vouchers of a value up to £3000 to put towards improving their connection speeds.

That improvement however, does not come in the shape of fibre broadband but instead involves the leasing of a dedicated line which is still reliant upon the old fashioned copper wiring. That method of connection simply does not provide the utmost level of speed and reliability in broadband however, so it is vital to ask what can be done to change this?

What More can be done?

In many cases, companies who have explored their options when it comes to broadband connection in Central London and reached this impasse simply accept their lot. In most cases, this is because they do not realise that the lack of availability of fibre broadband is a problem that extends across the whole of the region.

EC-MSP however, do not believe that any business in central London should have to settle for less than efficient connection and have launched their own broadband initiative to give firms another option. Instead of accepting the situation as it is, EC-MSP invite organisations to join their campaign and provide information regarding their internet connections and issues which they may have encountered because of them.

EC-MSP then intend to compile that information and to present it to MP’s and decision makers at BT in the hope that it will convince them of the need to expand SuperFast Broadband coverage in The City and West End. By raising awareness and letting those with the power to make a change know about the implications of the issue therefore, this initiative aims to bring about a permanent solution to the very real problem of slow connections in the Square Mile.