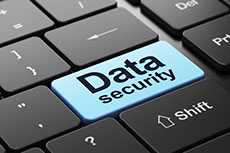 Microsoft’s adoption of the latest security standards could cement Windows 10 as the platform of choice for the modern enterprise customer.

Microsoft, and more specifically Windows, has had a pretty tough time of late. As if the shortcomings of Windows 8 hadn’t been publicised enough already, the struggle that Microsoft has faced in moving people on from Windows XP just added further emphasis. There is a light at the end of the tunnel, though.

With a new leader at the helm, and a reinvigorated vision, Microsoft is moving forward into a new era of operating systems. Windows 10, as we’ve discussed before, is already getting people excited. Just last week, however, things got even better.

At the Stanford Cybersecurity Summit on Friday, Microsoft announced to the world that its latest operating system will support the new Fast Identification Online (FIDO) standard. This might not sound like a big deal at first, but it could essentially spell the end of the traditional password, and thus the start of a new age of data privacy.

The FIDO spec allows devices to communicate with third-party biometric readers, making it much easier for hardware manufacturers to integrate additional security features into their products. What this means is that we’ll likely see an increase in the prominence of fingerprint scanners and facial recognition equipment, and a subsequent drop in reliance on traditional passwords.

This could be a big step forward for enterprise security. Businesses too often rely on passwords, believing the more complex they make them, the safer they’ll be. This isn’t always true, though, and when there’s so much as stake (precious customer data, for instance), it shouldn’t be seen as enough. By relying on different keys – especially the ones which cannot be forged – businesses can make their defences much stronger. It’s the embracing of technologies and standards like FIDO that could make Windows 10 the obvious choice for business customers over the next five years.

How secure are your IT systems? We can help you find out!