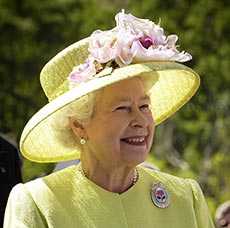 Kathryn has decided to write to the Queen to commiserate with her as Buckingham Palace is also in the technology black hole that does not get fibre broadband. We hope that we will get Royal support for our campaign.

I am writing to you to offer our support to you, because we know how terrible it is for you. As a business located in the area of the Silicone Roundabout near to Old Street, we are in the very bosom of the IT district of London but we cannot get fibre broadband into our offices from British Telecom.

From our research, we saw that you are also in an area where BT’s superfast fibre broadband coverage is at 0-20% and we now realise that this is the reason why you aren’t on Twitter more often and don’t have a bigger social media presence.

In fact, it looks like there are many very auspicious and famous areas of London where BT just refuse to go; Whitehall, Belgravia, Mayfair, Soho, Westminster, Marylebone, City, Barbican, and Canary Wharf – the list goes on. As a global hub for business and commerce, and indeed this great nation’s capital, this isn’t a good advert.

Mr. Cameron, we found, is also affected by this lack of coverage which must be frustrating; I can imagine him sitting in his office at 10 Downing Street, on a conference call with the leaders of the G8 and being asked to look at a webpage with some vital information, and he is held up as he isn’t on a superfast fibre broadband connection, and he then has to make small talk with President Obama in order to pass the time waiting for it to load.

This isn’t right; our wonderful Queen should not be forced to suffer in this way and you should be able to receive superfast fibre optic broadband into your home like millions of other people do, and the same goes for Mr. Cameron in his home at number 10. There is so much focus to get rural internet connections up to speed that it looks as though the very heart of our nation’s capital is being neglected and it is quite embarrassing for all affected, especially you and Mr. Cameron being at the very pinnacle of the leadership of the United Kingdom.

We wanted to let you know that we are trying to make a difference, by raising awareness about this problem. We want you to be able to curl up on a Friday night, after a long day entertaining at one of your world famous garden parties, and to be able to get out your laptop, sip your Dubonnet Cocktail and stream the latest episode of Gardener’s World without fear of buffering as the connection slows.

Many small businesses like ours are suffering as we can’t afford the monthly cost of a dedicated leased internet line. This is a problem across the UK in major cities, and isn’t limited to London. I know that we can count on your support in this cause, so that we can get BT to rethink their strategy, and to invest in updating the telecommunications infrastructure in central London, so that we can all be on a level playing field and Britain can once again be great.

Once we are successful in our campaign, and there is a superfast BT fibre broadband connection installed at Buckingham Palace, we hope to see many more tweets from you as you take advantage of the new and improved internet speed. You will even be able to deliver your Christmas Day speech via Skype without fear of the connection dropping. There is a whole world of opportunities that this campaign can bring to us all.

Looking forward to your response and thoughts on our campaign.

I have the honour to be, Madam, Your Majesty’s humble and obedient servant,