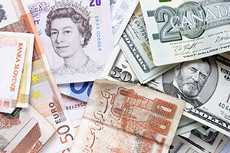 Can regulation save the world’s most famous digital currency?

The popularity of Bitcoins had been growing at quite a pace until recently. Just a few weeks ago, the world’s biggest exchange, Mt Gox, was hit in a massive attack and thieves managed to take around £300 million worth of the coins.

It wasn’t an isolated case either. Last month also saw criminals target the controversial Silk Road marketplace, causing damage of almost £1.5 million, while Canada-based exchange Flexcoin was forced to shut down after it lost £360,000.

Mt Gox, however, remains the biggest example – the Tokyo-based firm actually claimed that in the days leading up to the big attack, it was fending off 150,000 attacks every second. Obviously, you wouldn’t get the same number of people turning up at a high street bank trying to steal huge amounts of money, so why is it so normal online?

Well, regulation – or lack of it – seems to be the most suitable answer. Unlike established currencies, Bitcoins aren’t governed by a financial regulator. Their exchanges, therefore, don’t benefit from the same levels of protection – they’re essentially easier targets.

The Mt Gox attack and subsequent bankruptcy dented confidence in the currency greatly; the exchange rate bombed straight away, for instance. Bitcoins aren’t even legal to use in some countries (Russia and China among others), so it’s clear that something needs to be done.

Regulation will go some way to restoring faith in the Bitcoin – or perhaps even creating some in the first place. Until there is stronger oversight of these virtual exchanges, though, growth is highly unlikely. At least the scale of the recent stories should highlight the potential risks faced by consumers and businesses, even if they haven’t quite got £300 million to lose.