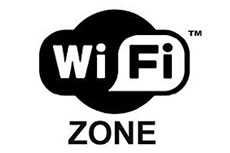 Wi-Fi is everywhere these days. Public hotspots are so abundant that complaints about dodgy mobile connections are all but a thing of the past. This isn’t just great news for gamers and Netflix fans, however – business users are now able to work pretty much anywhere they like, so with productivity levels rising, employers are among the biggest beneficiaries. Should they be worried, though?

Security is obviously a big concern for any business and BYOD (bring your own device) presents enough challenges of its own. The downloading of dodgy apps tends to be the biggest fear but the latest comments from Europol could well put wireless network safety to the front of CIOs’ minds instead.

The European Union’s resident law enforcers say they’re seeing more “man-in-the-middle” attacks on public Wi-Fi connections. Of course, this isn’t the end of the world if all the attackers find are a couple of ‘guilty pleasure’ Spotify playlists but a lot of damage could be caused if they gain access to any confidential business or personal information – which is probably what they’re after.

The experts at Europol say it’s pretty easy for thieves to infiltrate open networks – they are, after all, open. Their advice is to refrain from using any sensitive data while connected to a hotspot and instead carry out risky tasks at home or in the office. This is all well and good but most CEOs will be thinking “can I really afford to lose out on the productivity?”

Well no, most employers cant – especially if their competitors choose to disregard security and continue unfazed. So if the attacks continue to rise in frequency, we’re either going to see providers encrypting their networks or businesses investing more in faster mobile connections, with LTE being the obvious option.