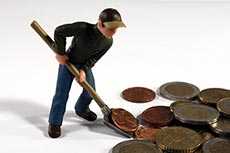 IT has no doubt had an impact on the way in which the government oversees the running and development of the country, and the Physical Exchange’s latest Digital Manifesto is certainly encouraging in the way it speaks so enthusiastically about streamlining the use of technology in the public sector.

According to the document, a rethink of the way in which tech is used by the government could save the UK as much as £24 billion per year – this is equal to the entire GDP of the Ivory Coast in 2013. It’s clear that the situation is being worked on, and with so much money at stake, it’s probably safe to assume the powers that be will find a way of capitalising on the opportunities available.

Many of the changes that need to be made within the confines of the UK government are also completely relevant to the businesses and organisations outside of them – an example is about to be set and companies across the country should sit up and take note.

Embracing new technologies is one of the biggest steps and it’s one that many firms have already taken. The cloud, for example, has a big part to play in the future of most industries, as does mobile and the Internet of Things. It’s important to stay on top of such changes; continue relying on outdated, legacy systems and getting left behind becomes a real possibility.

The next step, which is perhaps a direct result of the first, is to ensure the skills are in place to capitalise on the opportunities that these technologies create. It’s no use having the best cloud infrastructure or customer relationship management system (CRM) in the world if the people you employ have no idea how to use it.

While the average business is unlikely to be in a position to save £24 billion per year, there’s almost certainly room for improvement. However, without assessing the current situation – just as the UK government has – it’ll be pretty tough to work out where the changes should be made.