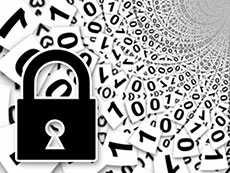 Recent figures from the International Data Corporation (IDC) show that 84.7 per cent of all smartphones shipped during the second quarter of 2014 ran on Android. While it may seem like iPhones are everywhere these days, iOS’s market share for the same period was a rather meagre 11.7 per cent. Windows Phone came in at 2.5 per cent and Blackberry just 0.5 per cent. It’s safe to assume, then, that Google’s mobile operating system (OS) is playing a pretty significant part in the monumental bring-your-own-device (BYOD) trend.

This is already a concern for business owners, given that Android tends to be less secure than its competitors. The open nature of its app marketplace – Google Play – makes it a more obvious target for hackers; not ideal when a device is being used to store and process sensitive data.

Work is ongoing to ease CIOs’ concerns, however. Earlier this week, it was reported that security researchers from the US and Germany have put forward a new framework which would make it easier for device owners and companies to install specific security extensions. This is the kind of move that could make Android significantly more friendly to BYOD initiatives.

While the Android Security Modules (ASM) framework can already be applied to any device running the OS, it requires users to root their handset first, which renders the manufacturer warranty void. The experts hope, therefore, that Google’s developers will make the decision to adopt it themselves.

With such a framework in place, firms will not only be able to sleep easy knowing data is safer on their employees’ devices, they’ll be able to fully embrace the flexibility and cost-effectiveness that Android handsets offer. As mentioned, Google Play is a lot more open than Apple’s App Store, so this opens all kinds of opportunities for the development of dedicated productivity apps.