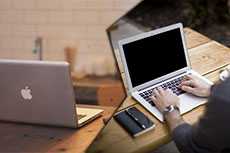 Macs and PCs are like the Blur and Oasis of technology; the fans of each don’t tend to get on too well and the pub-table debates can get pretty heated. It’s clear that both options have their selling points, but for business owners, choosing between them can be tough. Here, we take a closer look at the benefits of the PC – a timeless classic that has kept business owners and consumers satisfied for years.

The majority of businesses have, for years, turned to Windows without thinking. As a result, enterprise users make up a significant portion of Microsoft’s audience. With the following points in mind, it’s not too difficult to see why.

Many of the ‘for’ arguments put forward by PC-loving consumers are also relevant to the business world. Price is perhaps the biggest example here. Even as the recession fades to a distant memory, most businesses are still looking to keep costs to a minimum. Value, therefore, is a regular feature at the top of CIOs’ priority lists. To this end, Windows-loaded desktops and laptops are usually considerably cheaper than their Apple-based counterparts, even when built with the same specifications. So, when it comes to kitting out an entire office, it makes perfect sense to go down the PC route.

All Macs are made by one manufacturer – California-based Apple. This is a good thing in that the range is refined and standardised. There are still specific options aimed at different types of users, but the choice is lacking a little too much for some. The PC market, on the other hand, comprises thousands of different manufacturers, each with their own approach to computer design.
This allows IT bosses to carefully select the machines that they think will best suit their business objectives. Hardware specifications can be tailored to fit the needs of staff, too – perhaps based on the types of software that will be used most.

Windows has long ruled the enterprise landscape, and while the last few years have presented numerous Windows 8-shaped hurdles, business owners have plenty of reasons to put their faith in Satya Nadella’s team. Microsoft’s future is looking particularly bright at present, with all of the early signs suggesting Windows 10 will be something special when it’s released later this year. The company’s new cloud focus also bodes well for business users, who are likely to invest more and more in the technology in the coming years.

Picking the right computer is difficult enough for consumers; when the decision could potentially affect the productivity or even future of a business, the pressure is really on to get it right first time. The benefits and drawbacks of the two main options – PCs and Macs – must, therefore, be considered very carefully. Here, we’ll take a closer look at the latter of the two: Apple’s Mac.

The desktop/notebook section of Apple’s refined range has undoubtedly benefited from the colossal rise of the iPhone and its big brother, the iPad, over recent years. The far-from-humble Mac – or Macintosh to use its full name – is being adopted by an increasing number of businesses. Here are a few reasons to join them.

One point often argued by devout PC fans is that Apple’s products are more expensive than most of its competitors’. Simply put, this can’t really be contested, but there is some truth to the old saying of ‘you get what you pay for’.

The design quality on show throughout the Mac range is simply not available at the lower end of the PC market. Brushed metal, (almost) paper-thin screens and pleasingly simple colour schemes make for some pretty machines, so if aesthetics are important to you, this may be the way to go. It doesn’t stop at attractiveness, though, robustness is another major selling point.

In the business world, user-friendliness equals productivity. The quicker your staff can tick things off their ‘to-do’ lists, the more they’ll be able to get done by the end of the day. Apple’s products are designed to be simple, with very little compromise of power or functionality. This is perhaps why the iPhone has proven to be such a hit among consumers of all backgrounds and ages.

More than this, Apple clearly values its users and regularly provides automatic updates to the OS X operating systems found on Mac computers. These also tend to be free, meaning there’s nothing holding CIOs back from staying up to date.

The PC’s status as an enterprise favourite does have its drawbacks. One of the biggest is that it’s a more obvious target for cyber-criminals. As a result, most Mac users are left to continue being productive, unbothered by breach attempts. That’s not so say that Mac viruses don’t exist – and the problem may become more significant as Apple’s popularity grows in the workplace – but for now, there simply aren’t as many to worry about.

So you’re still not sure which platform to use for your business, we can help you make the correct choice…