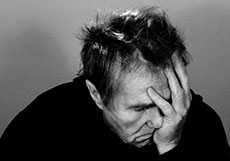 In the business world there is often nothing more important to companies and organisations than achieving high levels of both productivity and profit. It is in achieving those after all, that firms also achieve success, growth and prosperity, and there are few places where that is exhibited more clearly than in The City of London.

The Square Mile is by most people’s estimations one of the key business centres not just in the UK but also the world, and as such is full of organisations who are renowned for their success in business and commerce. In many ways, The City is in fact a Mecca for business, commerce and finance with almost everything about the setup of the area being tailored especially towards achieving success in those fields. One must say almost however, as there is one notable sphere in which The City and West End does fall short, and that is in the arena of broadband connection.

In this area it is shocking, and surely disappointing to the many companies who call the area home, that most premises have to make do with broadband supplied via the old copper telephone wiring infrastructure. This is because the availability of the much quicker and more reliable fibre broadband alternative is virtually nil in central London, in spite of the area’s importance to business and commerce.

Broadband in The City and West End

Anybody who truly understands the issue of broadband connection speeds will tell you that there is a very real difference between traditional ADSL connections which utilise existing copper telephone wires and SuperFast Fibre Broadband which exploits cutting-edge fibre optic technology. The latter supplies vastly enhanced connection speed and is all-round a far more reliable connection than its predecessor due to utilising a dedicated network of fibre optic cables rather than relying on dividing a phone line into two different frequencies.

With that in mind then, it would be understandable for someone to assume that an area such as The City which is -as we have mentioned- dedicated to efficiency and productivity, would be a crucial one to be covered by SuperFast Fibre Broadband.

Unfortunately however, and largely contrary to logic as we have already mentioned, average coverage for SuperFast Fibre Broadband in the area is extremely poor and on average reaches only around 0-20%. What that means is that the large agglomeration of businesses which employ over 300,000 workers within the Square Mile are mostly missing out on the benefits offered by fibre broadband, and that rightly begs the question of how this situation can be remedied.

The less than efficient nature of the broadband connection which many businesses within The City can receive is not an issue that is unknown to the government. There has in fact been a good deal of investment in a scheme whereby companies can claim vouchers of up to £3000 to put towards improving their connection speeds. This scheme however, is based on the provision of dedicated and leased lines within the existing infrastructure that will still not be fibre and therefore still don’t reach the optimal levels of speed or reliability which the organisations in the area demand and deserve.

In light of this, EC-MSP have devised their own broadband initiative with the aim of raising awareness and championing the cause of London businesses toward the ultimate end of improving SuperFast Fibre coverage within The City and West End. The intentions of the initiative are to gather and collate information from organisations in the area regarding their broadband connections, and to then present this to decision makers from the government and from BT.

With enough support and input from local businesses then, EC-MSP hope that their initiative will convince those decision makers that where investment and effort is really required is in the direction of expanding SuperFast Fibre Broadband coverage within the Square Mile and surrounding locales, and finally advancing connection speeds to the levels of excellence which businesses deserve.