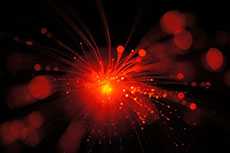 As a small business, situated a stone’s throw from the Silicone Roundabout, and in the heart of Shoreditch, it is quite shocking that we can’t get BT to install their fibre broadband service to our office.

We aren’t alone, and it isn’t limited to our road, our area, our borough or our post code – it is a huge problem that effects a large proportion of the City and West End of London; currently the average coverage of fibre broadband in that area is between 0% and 20% and of course, the area is absolutely saturated with businesses of all sizes where there is a huge demand for faster broadband.

It is a problem that we know about only too well, and that goes for our clients too – moving to the Cloud just isn’t a viable option for some people because of the shockingly slow connection that they currently receive, and their only current way around this is to invest in a dedicated line to their office or building, and they don’t come cheap.

Slow internet connectivity in a workplace is just a bad situation all round; it means your in-office productivity is down as there is additional time to wait for web pages to load, or internal programmes that require an internet connection, and it will also affect people who work remotely.

There is a problem there, but we don’t think that enough people know that the problem isn’t just restricted to them when they want to get a better internet connection. We imagine a lot of people will use the online checker on the BT Business website to see if they can get the fibre connection in their area, and when it says that it isn’t there yet, think nothing more of it, and assume that they are just unlucky – but a huge area is unlucky and not enough is being done about fixing the problem.

The Government have a scheme called Connection Vouchers, as part of their SuperConnected Cities programme, where you can apply for a voucher for up to £3000 which can be used to help you get a faster connection but what isn’t quite so clear is that you will need to commit to a minimum three year agreement for a dedicated or leased internet line which still won’t be fibre.

The speed will be a lot better on a leased line as you aren’t going to be sharing that line with everyone, and you may have it to yourself, or club together to get one for your building. The monthly cost for a leased line however isn’t as cost effective as the fibre lines, and the voucher can only be used to cover the initial installation fee so you will still end up needing to pay a lot more each month than you would for the BT fibre service. The scheme is available in 22 cities across the UK, which confirms that the problem isn’t restricted to London. This current scheme is due to finish at the end of March.

Perhaps the Government are out of touch with what will help the problem – the investment is wonderful but it is in the wrong place and investment needs to be made into getting the old copper network upgraded to ensure that we can all enjoy the same broadband speeds that a lot of us take for granted at home, where you can get the fibre connection much more easily. London is lagging behind other major global business hubs, and with a UK General Election due in less than 100 days, a proposed solution this could be a big bargaining tool for businesses across the UK.

EC-MSP are starting a campaign to get this massive problem addressed by the Government and in turn by BT, because having such appalling internet speeds are crippling the economy that the UK coalition has strived so hard to grow over the last five years. We want to raise awareness of the problem, and get as many people as possible involved, including local council and MPs.