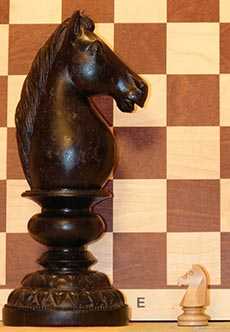 We sit back and take it; we are too small, we have no power; what can one company do?

I could list a number of positive sayings about one voice changing the world, but in reality it takes one voice to inspire others to change the world. We need you, our fellow small businessmen and women. We need to put our collective feet down and say enough is enough.

Small business is the only major driving force for the recovery of the economy; those of us who believe we can make it in the big and scary world of business, those of us that have had the gumption to one day leave the safety of working for someone else and to set out on our often lonely journey. We are changing the economy for everyone, making it a better world, one sale at a time.

I often wonder what the lifeblood in a modern small business is. The soul and heart are certainly the people, starting from the top, going all the way to the new apprentice who has chosen not to take the easy route and work for Tesco. So is it fair to say that in today’s modern world that the lifeblood is the internet.

Now to the battle and this is a battle we are all fighting, and to be honest it has been one of a stealthy Goliath to date. We have been campaigning now for a couple of weeks and the one hugely surprising detail that we discovered when we set out on this journey is that very few central London business people actually know the facts.

Look at this map:

The white area represents a total exclusion zone of faster broadband. We are in one of the greatest cities in the world yet we get 11MB broadband speed. When we tell companies this no one can actually believe it. They have all be told the same lie – “Your fibre broadband is on the roadmap, the local exchange just needs to be upgraded.  Check back in 6 months.”

Let me explain what this does to a business and you will be able to see if this is relevant to your situation.

1. Almost every function we carry out, from opening Google to do a search to sending an email needs the Internet. A slow connection adds time to each action. When using any web based application with a superfast fibre broadband connection, and you can expect to complete your action and the next page to load within a second or two, but on the current speed we have, it takes 5-6 seconds. That doesn’t sound a lot, but add that time up over a day, a week, a month and a year and you will see that a lot of time is wasted just waiting for the page to catch up.

2. The Cloud is great, and it is the only way forward. Everyone who is anyone knows this. For most of us in central London it is a veritable nightmare. Slow internet connections and a drive to be on the cutting edge mean thousands of us have made the transition and we will carry on down this road. If only we could reap the real benefits that a faster connection would allow.

3. Getting the best staff for the job is never an easy job – we all know this. We spend all of our time finding, training, motivating and mentoring our teams into an image of what we believe our respective organisations represent.  This task is made so much harder when these staff are consistently hamstrung by a poor working internet environment. It’s hard to be excited about work when you know you can work at five times the speed of your computer.

Now, why on earth would the big players in telecommunications, namely BT and Virgin, not be rolling out fibre broadband everywhere – what could their motivation possibly be? We believe it is one of money.

To explain a little more, the area in question has the single highest density of businesses in the UK, possibly in the world. The major telecoms sell leased lines – strangely also fibre lines by the way – into this area and it is hugely lucrative. A small leased line (25MB) can cost as much as £500 per month. If fibre broadband is installed we believe that the major telecoms think they will lose a significant revenue stream; as they say, if you need the answer then follow the money.

BT and Virgin have both told the Government that there is not enough demand. Virgin has even suggested very recently they will install their cable in the City and take on BT if they can get the Interest.

The Government is apparently aware of the demand for a better connection in central London, and has been pushing its Connection Voucher scheme where they will pay £3000 towards your connection costs. Unfortunately, this is not quite as good a deal as it seems, as you can’t get faster fibre broadband as this voucher scheme is designed and only available for leased lines – yes, those £500 a month lines.

So, what can we do? This is the David and Goliath bit – we can be a stone in the shoe, a thorn in the side, of every politician we can. We can make sure we know we want change. Our promise for 2015 is that we will keep shouting about this until someone pays attention to the little guys, and you can join us if you want to add your voice.