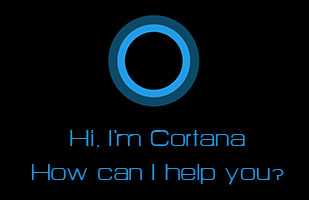 The Android version of technology giants Microsoft’s voice controlled personal assistant Cortana leaked over the weekend, just over a week ahead of its planned launch. The Android iteration of the voice-driven PA application was due to hit the market on the 29th July in parallel with the roll-out of the new Microsoft Windows 10 operating system but was found online at the weekend and quickly spread.

Previously only available on Microsoft phones, the version of Cortana for Android, and a planned one for iOS too, has been eagerly anticipated and as you would expect there has been plenty of discussion about the early version which some users got their hands on this week. Many of those who did try out the leaked application reported that it was indeed compatible with a wide range of Android devices and was broadly similar to that already included on Microsoft phones.

There were however a few slight differences and limitations which were quickly discovered through use of the early Android version of Cortana. The application for instance, cannot be enacted simply by saying ‘Hey Cortana’ as on Microsoft handsets and instead must be physically activated, and also apparently didn’t appear able to listen for music or to read emails for specific information like parcel delivery details.

The leaked version of Cortana for Android was however only an early version and Microsoft have stated they are seeking to ensure that the application will provide a common experience for users regardless of their particular device. As part of that process they have begun a beta programme for the software in the US, allowing Windows Insider account holders to try the application before it is officially released on the 29th of this month.

That eventual release is part of a much bigger roll out by Microsoft, which will see PCs and Tablets running new operating system Windows 10 go on sale and the OS made available as a free download for existing devices. The early leak of Cortana for Android then, is only likely to further intensify the anticipation of this roll out, which has been seen by many as critical for Microsoft as a company.

The Windows 10 system replaces Windows 8, which has had a turbulent existence to say the least. Replacing the popular Windows 7, Windows 8 had a touch screen focussed interface which proved a big turn off for many users who steadfastly resisted updating their operating system as a result. Windows 10 therefore, needs to win back the favour of many of these users and with that in mind has re-introduced some of the features dropped from Windows 7 – most notably the inclusion of a start menu.

The new operating system will also extend the reach of Cortana to PC and laptops as well as smartphones, will include a new web browser known as ‘Edge’ and a new app allowing for video games to be streamed to a PC or tablet from an Xbox. There seems good reason therefore, for people to be excited about the upcoming 29th July launch and any tech event which inspires such excitement and anticipation amongst consumers is something that EC-MSP are delighted to keep across.