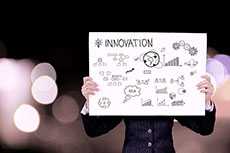 Before we look ahead in earnest to 2015 and what to expect from the tech world, let’s cast our minds back through 2014 to discuss some of the year’s biggest moments

So much has happened in technology over the past 12 months. It’s been a year of major acquisitions, big product releases, new CEOs and security scares; it’s fair to say there’s been a fair bit of news to read for anyone with an interest in IT, enterprise-targeted or otherwise. With this in mind, here’s a rundown of some pivotal happenings.

For a company that has been at the forefront of technology for almost 40 years, Microsoft hasn’t experienced too many changes in leadership. Bill Gates, who is perhaps the familiar name for most people, served as CEO from the moment the first product was made in 1975 right up until 2000. Following him was Steve Ballmer, and in February 2014, Satya Nadella took the reins.

Users of Microsoft’s products – most of us – will likely see more of a cloud influence in any major decisions made over the next couple of years, as this is the 47-year-old Indian’s main area of expertise.

Most people will be pretty used to hearing about companies being robbed of data by cyber-criminals by now. Only recently Sony became the latest big victim. It was earlier in the year that the biggest breach story broke, however. In August, hackers managed to get their hands on the personal photos of numerous high-profile celebrities after breaking into their iCloud storage accounts.

The result was not only embarrassment for the victims, but a heightened sense of fear among smartphone-using consumers and businesses alike.

This is more a collection of moments as opposed to one single happening, but it seems that 2014 has been a year for acquisitions. First, Google acquired home automation firm NestLabs in February, before Facebook followed it up by spending $22 billion on messaging service WhatsApp and a further $2 billion on virtual reality specialist Oculus VR. Beats Electronics was also taken over by Apple in a deal worth $3 billion.

The result is likely to be an exciting few years ahead as the three giants use their purchases to bring some innovative new products to market.

Find out how having your IT managed by EC-MSP can save you money!

We offer a FREE 2 hour review on your IT systems.
Simply fill out the form below and one of our engineers will arrange an appointment.