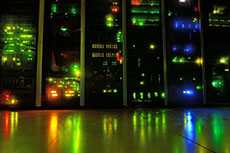 The business world is notoriously a changeable and tumultuous environment, where a matter of just a few years can completely change the fortunes of individuals, companies or even nations. That is never better demonstrated than in the case of Travelodge, the budget hotel company that often finds itself as the butt of jokes but is also one of the most ubiquitous and recognisable brands in the UK.

Just three years ago the future of Travelodge as a company looked bleak. The previous owners of the firm had managed to rack up debts of over £500 million and left Travelodge staring squarely in the face of imminent collapse. It was at that point, in 2012, when Goldman Sachs, Avenue Capital and GoldenTree Asset Management took control of the business and began to rapidly change its fortunes.

Fast forward barely three years, to April 2015, and an announcement made this week paints an entirely different picture of Travelodge’s operation. The company revealed profits of £66.2 million for the year up to December 2014, which represented an astonishing increase of 63.5% on the previous year. That rapid improvement in profit goes hand in hand with the twin increases of 14.9% in the firm’s revenue in the same period and a significant 16.8% rise in revenue per room. That latter statistic is viewed as a key measure of the company’s recent successes and is playing a part in fuelling rumours regarding Travelodge’s immediate future.

Following the impressive profit announcement this week, newspapers began speculating about a potential sale by Travelodge’s current owners, which could potentially be worth up to £1 billion. When discussing their yearly figures on the BBC, Travelodge’s chief executive Peter Gowers went some way to explain why the company’s value may be so high; “There’s probably never been a better time to run a value hotel business…Britain is becoming a nation of value shoppers.” In the same interview Gower also seemed to add fuel to the fire of those rumours of a potential sale by stating that the current owners were ‘not natural long-term holders of the business.’

Whether Travelodge’s owners do decide to sell their controlling interest in the firm or not, what is certain is that the job they have done in turning around the company’s fortunes in the past 36 months is nothing short of extraordinary.

What is most impressive about it too, is the fact that the way in which it has been achieved has been by no means complicated. With the company already meeting a real need in the UK, all that the owners have done to improve results is to ensure that the firm’s infrastructure in terms of both IT systems and physical properties is solid and to devote investment of £100 million to a modernisation programme.

That programme is now nearing completion and has allowed Travelodge to look toward further development in the future rather than being overwhelmed by debt. The company have already opened five of 15 planned new properties for 2015 and have identified 250 further new sites of which 150 are expected to be ready within the next eight years.

All of that goes to show that intelligent business thinking supported by the right IT and technical support and dedicated, sensible investment can achieve remarkable success and can allow companies to look forward to a bright future.

Maybe its time to upgrade your IT systems and reap the rewards!