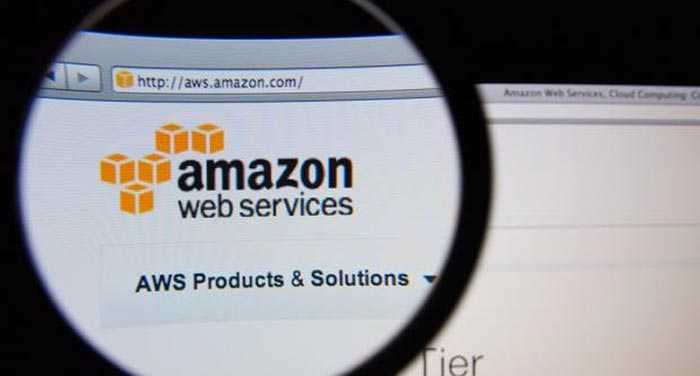 With the increase of data generation comes an ever increasing need to access it. Organisations don’t just use data for safe keeping anymore, data drives our key decisions, strategy, impact analysis and operational efficiency.

Many businesses are witnessing the success stories of cloud enabled enterprises in the way of financial savings, more collaborative frameworks, faster deployment of services and a plethora of standard benefits such as increased reliability and security.

As businesses evolve and prepare for the future, the question for those who accept hardware and software refreshes every three years still remains. Is the cloud for us?

I will shortly outline some considerations for businesses looking to adopt cloud infrastructure strategies, but let’s first make sure everyone reading understands what the cloud is.

For many of us our introduction to “the cloud” was associated with Apple or Windows marketing campaigns. Such marketing would have you believe that the cloud is just that. An airborne storage technology that allows you to access your data anywhere, anytime.

A very similar revelation is the public cloud. As businesses continued to build and configure hardware for a maximum load that was rarely utilised, there was one company looking to minimise loss from their additional resources when they were not in use. In the early 2000’s Amazon Online was the first to invest in the idea that provisioning a powerful data centre to handle peak Christmas loads could also become a leased infrastructure resource for the rest of the year.

This strategy developed Amazon Web Services (AWS), but initially progress was slow. The only interested parties were small start-up businesses who didn’t have the capital to provision their own infrastructure. After years of criticism and bad PR from hardware vendors, the story develops into what it is today. AWS now own 90% of the public cloud and global enterprise level companies are investing hundreds of millions in an attempt to match the efficiency of successful start-ups.

To put such an achievement into perspective I’ll assume that most of us know of or have used Office 365. It is by all means a successful cloud service with over 50 million global users and puts Microsoft in second spot for public cloud dominance. They own 5%. The remaining 5% goes to Google with their email and storage solutions, IBM and numerous other hardware vendors with their attempts to join the cloud market.

There is a simple formula to the success of AWS. Build resources, sell to market, build more resources for global access, sell to newly accessible market, reduce prices and repeat. Now this might just sound like good PR, but the proof is quite literally in the data. AWS now provisions enough resources to run its entire Amazon.com retail business every day! In line with their strategy of reducing the cost of their services, they have also decreased their prices 55 times since 2014.

For the purpose of business comparison, I quoted a client for a Microsoft 365 package at the end of 2016. They weren’t ready to make a decision and asked for another quote in January 2017, by which time Microsoft had increased their prices by 25%.

People and businesses have quite literally lost faith in providers of technology because of such strategies. “Too many businessmen in Microsoft” is a term I hear often.

So now you know what the cloud is and who the major player is, lets discuss what you need to be ready to move to the cloud.

I say “internet connections” as if this is pertinent only to cloud enabled businesses, but so many clients I speak to who have experienced an internet outage usually experience a near total loss of operation as well.

Think about your VOIP, 365 Email, CRM, HR systems that are reliant on the internet. Loss of these key functions is enough to bring most business to a grinding halt.

I don’t need to explain the advantage of having two connections, but the advantage of having services in the cloud also means that with current Software Defined WAN technologies, you can utilise these connections at the same time. In fact, many businesses using this technology also have a mobile internet connection as a last resort for connecting to their cloud infrastructure or resources, when utilised can have minimal impact (if any) on the end user.

When a company is able to operate on Virtual Desktops or (Workspaces) they’re essentially operating on an encrypted webpage into their provider’s data-centre. From there the links to internet, private data, processing power and any other resource in the cloud are hosted in the same location with an immense amount of fault tolerance, reliability and network speed.

Unfortunately, some of us are not living in cities with vast amounts of internet resources. This doesn’t count you out of moving your business to the cloud, but the right solutions need to be provisioned.

The cloud isn’t for everyone, there is a significant investment that needs to be made to move to the cloud. This isn’t in the cost of traditional hardware, the cost of design and implementation is normally what worries the finance department. AWS provides a TCO calculator  which compares everything from the cost of hardware and maintenance to the cost of software licences and power costs. The calculator has been synced with the company’s experience in moving organisations to the cloud and has been independently audited for accuracy.

What this provides for businesses interested in moving to the cloud is not the benefits of the first year in operation. The financial benefits come into play when you consider you’re not paying to power, cool or replace onsite infrastructure. Years 2 and 3 are where the savings really begin to show and let’s not forget the potential increase in business efficiency the cloud provides. Imagine never being asked by your IT support company to refresh your hardware!

When Nikola Tesla invented AC power, companies invested in DC power engaged in a scare campaign against the new technology. Ultimately every home and office ended up using the safer and more efficient AC power after the market became aware. The same is true for the cloud. For decades’ companies have been invested in hardware, and security has always been their ace card.

I’ll now make an attempt to dispel a few concerns. I’m not saying you can’t achieve the same level of security standards as a cloud vendor like AWS. What I am saying is that to do so would have a major impact on the bottom line for many businesses. Very few SME’s I visit have an acceptable level of security for the modern world.

For high end security requirements there are vendors I’ve engaged with such as Alert Logic that will monitor end to end security for your AWS cloud server/user environment. The importance of such a service is that they will be proactive and readily available for security issues.