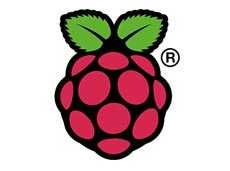 As computers go, there are few cheaper and smaller than the Raspberry Pi. This little budget machine should never be underestimated, though, as it has plenty of interesting uses

First released in February 2012, the Raspberry Pi mini-computer has caused a fair bit of intrigue in the tech world. At the beginning it was an exciting yet mysterious little gadget; three years later, and it can be classed as an all-out success, with close to five million units shipped.

The credit card-sized device was designed and developed with the goal of helping children to learn programming skills, but inquisitive minds across the world have taken the concept and ran with it. We’ve seen it implemented in all kinds of projects, from arcade machines to cameras. At a base cost of just £29, you’ve got little to lose by experimenting.

Despite all its weird and wonderful application potential, the Raspberry Pi is, at its core, a development tool. While it is basic, it serves a real purpose for companies looking to develop simple programs for their own benefit – especially when tech budgets are tight. After all, equipping even a smaller team with development boards is expensive, and will be a sizeable ask for cash-tight firms in their early days. As mentioned, the basic Raspberry Pi will give you change from £30 – which is about as much as some companies will spend on a keyboard.

This inexpensiveness is exciting for other reasons too. The world we live in is already filled to the brim with technology, but the reliance we place in it is still building. The result is that tech skills are becoming more valuable as time goes on. Therefore, basic programming and coding knowledge will be needed across the workforce within the next decade. The Raspberry Pi gives businesses the chance to prepare their employees for this future without having to spend too much.

OK, back to the fun and games with this one, but companies need to realise how important respite time is to a hardworking team. With the right options on offer in the workplace, and a healthy dose of trust from management, the presence of an entertainment centre can actually boost productivity and work quality.

Get hold of the right Linux-based operating system (RaspbMC and RasPlex are great options, designed specifically for running the popular XBMC media platform) and there’s no reason you can’t set up a decent video streaming machine for the break room.

Are your staff really being as productive as they could be?