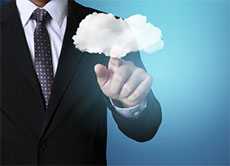 In April, Microsoft ended support for the hugely popular Windows XP operating system. The move caused – and is still causing – all kinds of mayhem. Despite having more than a decade to prepare, people just weren’t ready for the change. Now, the Redmond firm is preparing to do the same with Windows Server 2003, but the reaction hasn’t been quite so severe.

With Windows XP coming to an end, users are being urged to move onto one of Microsoft’s newer equivalents, such as Windows 8. However, many people argue that the move to such a system isn’t justifiable, and that worthy alternatives are few and far between.  This same issue doesn’t exist for Windows Server users.

Research published this week by the Cloud Industry Forum (CIF) shows that 61 per cent of organisations are still relying on Windows Server 2003, but the majority of these have already settled on their next step: the cloud.

The CIF is expecting cloud adoption to surge when Server support does come to an end in July next year. It makes perfect sense too – with such flexibility, cost-effectiveness and convenience on offer, the cloud is by far the most logical step to take next.

The small number of those that haven’t yet chosen the cloud as their next move need to think carefully about the options they have available to them, and whether any of them come close to offering the same benefits that the cloud provides.

It doesn’t have to be a case of all or nothing, however; hybrid cloud popularity is on the rise for a very good reason.  This kind of approach can be extremely effective in certain situations.