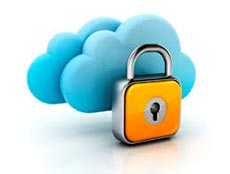 Microsoft says its decision to extend the use of multifactor authentication for Office 365 will provide a boost to user security.

The firm has announced it is making two-step authentication available, free of charge, for certain enterprise programs, although this change will not immediately benefit Office 365 consumer and small business editions.

How safe is my online data?

Security is the biggest concerns when it comes to cloud-based solutions, so this development is designed to reassure those worried about the safety of the documents they upload.

Multifactor authentication means users are required to provide several pieces of information to gain access – not merely an eight character password. In theory, these identifiers could include the use of physical attributes such as retina scanning, although Microsoft has not confirmed it will be going so far at this stage.

Speaking about the changes users will see, product manager Paul Andrew said: “With multifactor authentication for Office 365, users are required to acknowledge a phone call, text message, or an app notification on their smartphone after correctly entering their password. Only after this second authentication factor has been satisfied can a user sign in.”

In a recent blog post, Microsoft’s technical manager for Office 365, Paul Andrew, commented that OneDrive for Business, which is set to be launched before the end of 2014, will also be supported. This is the enterprise edition of the company’s flagship file-hosting service, which until recently was known as SkyDrive.

Multifactor authentication will be available to those on certain Office 365 plans, including the midsize business, academic, enterprise and non-profit editions. Businesses using SharePoint Online and Exchange Online will also benefit.