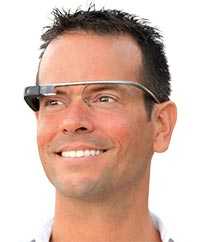 A Wall Street Journal report has this week revealed that Google Glass, the company’s attempt at head-mounted computing, is being quietly rebooted and returned to the market as a tool specifically for business and commercial use in the workplace.

The report claims that the glasses have been given new life by way of a changed design, upgraded features and most importantly a business oriented focus which will see the project be known as Google Glass Enterprise. This follows the withdrawal of Google Glass in its original form from the marketplace at the beginning of this year, and the apparent Google Glass 2.0 has changed in a number of notable ways.

Google Glass as provided to businesses and workplaces from as early as this autumn, is reported to have a special ‘button and hinge’ system which means that it is clipped onto any type of glasses or spectacles rather than having its own built in frame. As well as this fundamental change in design, the more workplace driven Google Glass is believed to benefit from an upgraded processor, extra battery, better wireless connectivity and a longer, thinner and more easily adjustable screen.

Google hope that these changes, and most importantly the shift of focus to marketing Google Glass as a workplace tool for businesses and manufacturers, will help to overcome the issues which saw them pull their initial commercial product from the marketplace.

The major criticisms which were levelled at Google Glass when first premiered, were the privacy issues related to users being able to secretly film others in public without their consent, claims of limited functionality and the simple complaint that it was too ‘nerdy’ in appearance. Switching the product to the business environment therefore makes sense, in it should nullifying both the privacy and the fashion drawbacks, and Google are working hard to make Google Glass Enterprise as appealing as possible to businesses.

It was revealed in the same Wall Street Journal report that broke the story of the rebooted Google Glass, that the company have already begun quietly providing the new version to developers, and have asked them to develop apps specifically beneficial to business users. What’s more, Google are also launching a program called ‘Glass at Work’ to help sell business owners and companies on the benefits of the new product.

This is the first major move in the development of Google Glass since former Apple Executive and entrepreneur Tony Fadell was made head of the project and the man sometimes described as the ‘father of the iPod’ is bullish about the potential of his new undertaking. Speaking in an interview with the BBC, Fadell spoke of his belief in Google Glass and compared his current project to his days at Apple; ‘I remember what it was like when we did the iPod and the iPhone. I think this can be important, but it’s going to take time to get it right.’

There should be no doubt then that Fadell and Google are deadly serious and very optimistic about the potential of Google Glass, and this foray into the business world could represent the first step toward the rebirth of what could be a truly exciting piece of technology. It is with great anticipation therefore, that any business owner should watch on as Google Glass Enterprise begins rolling out to businesses in the autumn. That roll out after all, could mark the beginning of a new way of working across a huge number of sectors and may even pave the way for a new consumer version of Google Glass in the future.