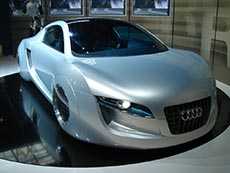 Will we soon be Driving Computers Instead of Cars?

‘Like driving an iPad’ is how Mark Tinkler, the investment manager for market leading electric vehicle manufacturers Tesla, has described getting behind the wheel of some of their most innovative new automobiles. Focussing more on design and software and less on engineering and mechanical components, a new breed of electric vehicles which fit Tinkler’s analogy perfectly are likely to start becoming more and more commonplace.

This trend is only set to accelerate too, as internet giants such as Alibaba, Baidu and Tencent have recently announced new plans to introduce their own internet enabled electric vehicles to the market. The fact that the new breed of electric vehicles can do away with complications such as gear boxes and combustion engines, and simplify other traditional elements like transmission systems is what has roused the interest of these tech companies. What that means after all, is that electric vehicles lower key mechanical barriers which previously kept such companies out of the automobile business and now means that internet giants could shake up the whole industry dramatically.

That is the belief of the aforementioned Mark Tinkler anyway, who describes the rise of electric vehicles from tech companies as a potentially ‘massive game changer’. It is not just Tesla either, amongst existing automotive companies, who have recognised the potential importance of the rise of ‘smart’ electric vehicles. Giants of the automobile industry Volkswagen rolled out their own version of this new breed of vehicle in Asia this month in the shape of the e-Golf and managing director of VW Hong Kong Thorsten Jaede also has some strong opinions on the subject.

Those opinions may not be quite what you would expect either, with Jaede claiming that his company ‘welcome this competition’, and the fact that it has the potential to bring a new generation of people to the automotive industry as both employees and as customers. With the introduction of modern tech companies to the fray and the apparent support of at least some of the existing automotive giants too, it suggests then that there could be a real sea change on the way in terms of the vehicles being manufactured, purchased and driven.

It is not all positive news for those who are nailing their colours to the mast of this new breed of electric vehicles however. Even with the accompanying buzz from multinational companies like VW and internet giants such as Alibaba, actual commercial take-up of recently launched electric cars in Asia has been largely disappointing. Consumers are seemingly put off by what are seen as prohibitively high initial purchase prices, as well as the ever-present issue of poor charging infrastructure for electric vehicles.

Those problems however, are of a kind which are likely to ease and eventually dissolve if investment and innovation continue to be devoted to the field by well-financed companies who are wedded to the idea of changing the face of the automotive industry. With a raft of such companies indeed showing exactly that kind of dedication in recent weeks therefore, we really could be seeing the beginnings of a new automotive era which could end with us all driving computers rather than cars.