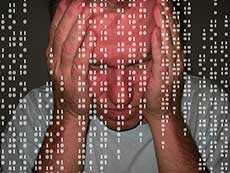 Encryption provides us with a high level of privacy, but Europol director Rob Wainwright says that encrypted devices could be helping terrorists. Is it essential, or does it need to be scrapped?

Police and security services are unable to access data that is passed over an encrypted network. Mr Wainwright states that terrorists and other criminals are taking advantage of this, as well as the so-called ‘dark networks’. He believes that technology firms should not allow consumers to use encryption on their personal devices, as such a move is only aiding terrorists.

With all the recent stories about government snooping, consumers are increasingly concerned about their security. On the other hand, terrorism is a real and constant threat that must be monitored in order to protect the public. Therefore, tech firms and security services must reach an agreement which allows a balance between encryption and government monitoring.

Encryption was also recently criticised by prime minister David Cameron, who argued that it should be banned. However, a spokesperson for TechUK explained that it is possible for encryption and government investigations to exist side by side. They added that encryption is vital, especially if the UK wants to remain one of the world’s leading economies.

For TechUK’s vision to take place, a clear legal framework needs to be drawn up in order to ensure consumer privacy rights aren’t being violated by snooping programmes. Currently, Facebook is accused of ignoring privacy obligations by giving customer data to US police. The case has reached the European Court of Justice and will conclude on June 24.

Whilst consumer privacy is important, is it arguably just as vital the police are able to gain access to the data and communications of suspected terrorists. Security firms are now starting to sell products that give the customers the keys needed to decrypt communication, which could be dangerous, as it means the vendor does not have access to the data and is therefore unable to hand it over to the police.

Encryption is not going away, but nor is terrorism. Security firms and the government must work together in order to come to an agreement – otherwise, consumers and businesses are the ones who will suffer.

Just how secure should your business be?