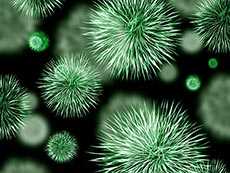 The latest malicious software to be discovered by security experts been described as one of “the most sophisticated” viruses ever – what does it mean for businesses?

It says a lot about the threat posed by cyber-criminals when the bad guys in James Bond films start to ditch laser beams and golden pistols in favour of malicious computer viruses, but that’s exactly what happened in the latest instalment of the 007 franchise. Add to this the ever-growing list of high-profile data breaches to hit the headlines in recent years, and it’s easy to see why the average digital-dependent business might be feeling a little nervous.

The latest big scare comes in the form of a complex piece of malware with rather worrying espionage capabilities. ‘Regin’, a back-door type Trojan virus, was discovered recently by Symantec. Not only has the security firm labelled Regin as one of the most sophisticated pieces of malicious software ever discovered, it’s claimed the virus has already been active since 2008.

While nobody’s quite sure of the creators’ real intentions, Symantec says the bug is designed to spy on victims by recording their computer activity. Apparently it’s capable of capturing screenshots, stealing passwords and moving cursors – all pretty scary for consumers, but what does it mean for enterprise users?

Detection must be the focus

Ultimately, it shows that more focus needs to be placed on threat detection. Six years is a long time for malware to last without being remedied – or even noticed, for that matter – by security experts. First of all, this suggests that cyber-criminals are becoming better at what they do, which in turn means that companies’ defences should be made more robust to restore the balance. It also shows that detection is the weak link in those solutions currently available.

What’s more, the threats are becoming much more complex. While nobody’s really sure what Regin’s inventors have been trying to achieve, it’s clear that the bug can operate on numerous different levels. When this is the case, the victim’s whole system is at risk. Early detection is, therefore, the only truly effective solution.

Is your business vulnerable to this onslaught?

We offer a FREE 2 hour review to test your IT security.
Simply fill out the form below and one of our engineers will arrange an appointment.