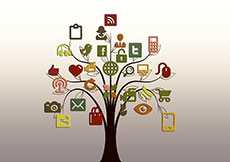 The Internet of Things will no doubt revolutionise the business world, but it’s likely to cause a few problems too

The Internet of Things (IoT) has been one of the tech world’s hottest topics for some time now. It’s completely understandable too – research firm Gartner expects there to be 26 billion individual units connected to the global network within the next six years, and that’s not including smartphones and tablet computers.

Much of the focus has been on the concept’s impact on consumers, and the increasing hype is pushing manufacturers to bring new devices to market quickly. There’s also pressure on developers to create apps, which then drives similar pressure for Wi-Fi and cloud suppliers to continually improve their supporting technologies.

Amid all of this positive attention, cyber-criminals across the globe are rubbing their hands together with excitement. Whether it’s down to weak passwords, software vulnerabilities or denial-of-service (DOS) attacks, there’s a whole wealth of new hacking potential. With the IoT slowly making its way into the enterprise landscape as well, it’s something of which businesses need to be aware.

Essentially, companies must first focus on understanding the concept and how it works. Then, it’s a case of being proactive and preventing attacks, instead of being forced to deal with them afterwards. This is a little easier said than done, though.

Given the popularity that BYOD already enjoys, it’s inevitable that the line between consumer and enterprise IoT will be somewhat blurred. Device management policies, if already in place, must be reassessed and enhanced to account for this huge influx of new devices. Not only will unit numbers grow, diversity will increase too – so the fresh risks must be considered.